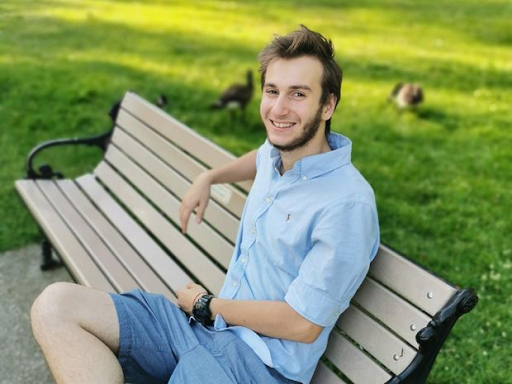 Slightly more than a year ago, the 19-year-old aspiring pilot was working a night shift guarding a towing lot in northwest Toronto when he died from a single gunshot to the head.

Early police suspicions pointed to suicide, and his death was never added to the deadly toll of a turf war that has lasted more than two years, leaving more than 50 trucks torched and taken four lives.

After honouring a police request to stay silent about the death for more than a year, Mr. Simov’s family has decided to take a different course of action. They are suing their late relative’s boss for negligence and speaking publicly about how their son and brother’s life ended on a job he’d held for only a month.

His sister, Nadezhda Simova, is frustrated by the many questions she still has. She feels like the case has been swept under the rug.

“I get it, they’re busy. And I’ve been very patient,” she said. “But patience has gotten me nowhere.”

Since the investigation’s early days, police have abandoned the suicide theory and now say it was more likely a self-inflicted accident.

But in the absence of concrete proof from police of this, Ms. Simova says she has been left to come up with theories in her mind. Some of these theories seem crazy, she acknowledges – ”but so is everything going on within the tow-truck industry.”

The lawsuit, which was filed by Ms. Simova and her parents, lays out a narrative of events leading up to the death that has not been tested in court.

The family state that Mr. Simov worked for Paramount Towing, owned by Alexander Vinogradsky. On Dec. 28, 2019, Mr. Simov started his shift around 7:30 p.m. His task that day was to sit in a vehicle and guard a tow lot on Champagne Drive, an address that has been the target of multiple arson attempts.

About two hours after his shift started, Mr. Simov was pronounced dead from a gunshot to the head.

While the investigation is still open, police believe Mr. Simov fired the fatal shot, terming it an “accidental self-inflicted” death. Investigators found nothing in his browsing history to suggest suicidal ideation. His family has said he’d left his car at a mechanic’s shop the same day and seemed upbeat during a lengthy text exchange with his girlfriend that night.

Regardless of the circumstances of his death, Ms. Simova said she believes that her brother, too, was a victim of the turf war.

“We didn’t really know all about [the violence],” Ms. Simova told The Globe. “Because if I had known, I would have probably tried to do something to convince him not to work there.”

In the lawsuit, the family allege that Mr. Simov’s employer gave him the gun, a black revolver, and should hold some responsibility for the death. Mr. Simov was unlicensed and not trained to handle firearms. Offering him a gun amounted to negligence, they contend, because the employer “knew or ought to have known that Peter could pose a danger to himself or to others if in possession of a firearm, but nevertheless gave him one.”

The family claim they have suffered mental stress and psychological trauma and are entitled to damages totalling $2.45-million.

The family has provided The Globe with copies Mr. Simov’s text messages in which he writes, “My boss is tryanna give me a piece.” But later he states he didn’t accept the firearm: “Yeah didn’t take any gun.”

A criminal lawyer for Mr. Vinogradsky did not respond to requests for comment from the Globe.

The Toronto Police Service declined to comment on this case, noting only that charges have been laid against a man who is “alleged to have facilitated access to the firearm.” Earlier this week, TPS announced the unusual charge of criminal negligence causing death against Jeffrey Gilmour, the man suspected of smuggling the black revolver into Canada from a Florida gun-shop. The charge is thought to be the first of its kind against a gun-runner and implies that traffickers should bear responsibility for how the illicit goods they sell are used.

Police have not said whether they believe the gun passed through anyone else’s possession before Mr. Simov obtained it.

At least 30 other people, both connected to Paramount Towing and rival groups, have also been charged.

And the violence continues. Earlier this week, police received calls about three separate tow trucks being shot at on Highway 401. The following evening, police say a firearm was observed during an “altercation” between two tow truck drivers on Highway 401.

Ms. Simova says she is nervous about speaking out.

“I don’t know where this is going to end, and I’m not fearless,” she said. “I did whatever [the police] asked me to, for so long, and I still don’t have an adequate explanation of what went on … there’s just too much that makes no sense.”