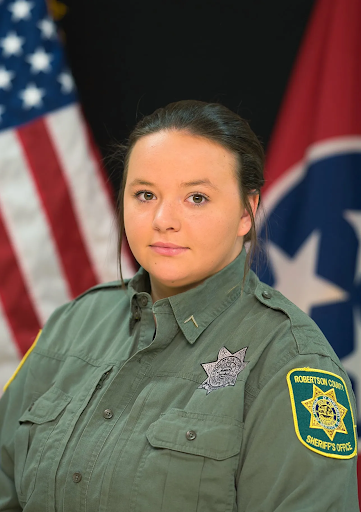 ROBERTSON COUNTY, Tenn. January 27,2022 — A Tennessee man has been charged with first-degree murder and aggravated arson in connection with the shooting of a Robertson County sheriff’s deputy in Springfield, Tennessee, according to the Tennessee Bureau of Investigation.

James Jackson Conn, 27, was arrested Monday in Smyrna, Tennessee, about 50 miles southeast of where the body of Patrol Deputy Savanna Puckett, 22, was discovered, officials said in a news release.

A motive has not been released. Conn was described as “an acquaintance” of Puckett, officials said.

Patrol Deputy Savanna Puckett had been with the Robertson County Sheriff’s Office for four years.

Puckett’s body was discovered around 5 p.m. Sunday, Jan. 23, after she missed roll-call for her shift, according to the Robertson County Sheriff’s Office.

“A deputy went to her residence on Highway 41N in Springfield, Tennessee, to check on her, and found her home engulfed in flames,” sheriff’s office officials said. Springfield is about 30 miles northwest of uptown Nashville.

“The deputy attempted to make entry into the home, however, was unable due to the extent of the fire. The fire department arrived and made entry into the residence where they found Deputy Puckett shot, and (she) was pronounced dead at the scene.”

The investigation is being handled by the Tennessee Bureau of Investigation, which linked Conn to the shooting late Sunday, officials said. He was arrested Monday after an “hours-long standoff,” TBI officials said.

“This is a tragedy that we are processing minute by minute. Please keep Savanna, her family, and the Sheriff’s Office in your thoughts and prayers.”