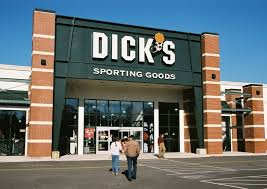 ITHACA, N.Y. April 30 2019— Two women from Syracuse have been charged with stealing more than $1,700 worth of merchandise from Dick’s Sporting Goods at the Shops at Ithaca Mall.

The theft from the store was initially reported on April 4. New York State Police at Ithaca said two women came into the store and filled duffel bags, which were also stolen from the store. Employees had surveillance of the women, but were not able to get the license plate of the gray Jeep Cherokee that was running in the parking lot before they fled.

On Wednesday, April 24, police said a trooper investigating the case from Dick’s Sporting Goods heard a radio transmission saying to be on the lookout for a gray Jeep Cherokee that had just been involved in a larceny at a store in Cortland County and was traveling on Route 13 toward Tompkins County.

A Dryden police officer who heard the radio transmission pulled the Jeep over and determined the women were the same as the women involved in the larceny at Dick’s Sporting Goods.

Police have identified one woman as Jasmine N. Felton-Brown, 26, but police did not identify the other woman who is 17. They were charged with fourth-degree grand larceny, a felony.

Both suspects were arraigned in the Town of Lansing Court. Felton-Brown was remanded to Tompkins County Jail on $500 cash bail or $1,000 property bond. The 17-year-old was released on her own recognizance.

‹ Alaska bank employee stole $4.3 million from an Anchorage bank, almost got away with it › Four charged with shoplifting $20,000 worth of merchandise from Tanger Five Oaks Mall