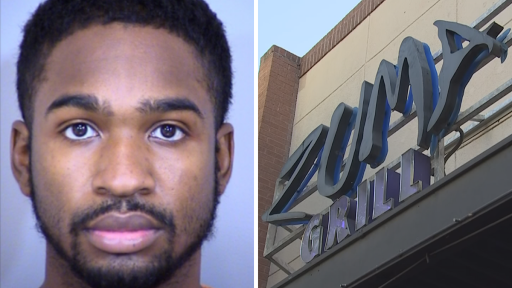 TEMPE, AZ June 14 2021 A security officer quickly jumped into action after a shooting at a bar early Saturday morning.

Police said 22-year-old Lazerik Winfield fired his gun twice while inside Zuma Grill just before 1 a.m. and was quickly captured by a security guard.

One woman was hit in the leg. She was taken to the hospital with injuries that weren’t considered life-threatening. Bullet fragments hit two other women and they suffered minor injuries.

Winfield was booked into jail on assault, weapons and other charges.