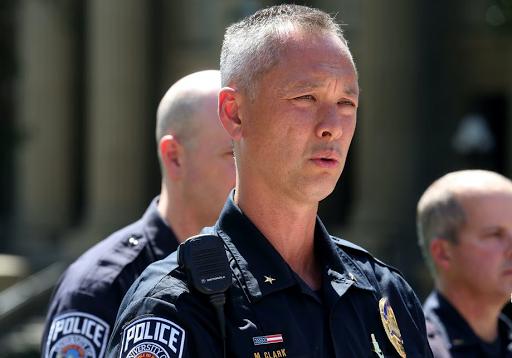 Minneapolis MN May 1 2021 Long-simmering tensions between University of Minnesota student activists and campus police have reached a boiling point, with student leaders calling for the chief to resign and a state police association stepping in to defend officers from criticism it deems unwarranted.

In a letter to administrators last week, student government leaders demanded that U Police Chief Matthew Clark immediately resign because he has “repeatedly and unequivocally disregarded student demands, failed to increase campus wellness and safety for students of color” and deployed officers on and off campus to “silence community members.” Additionally, a student government representative recently urged peers to disrupt campus police and “make their lives hell.”

The latest statements were condemned by police groups and even some students who felt their peers’ rhetoric had become too inflammatory.

Student activists increased their scrutiny of campus cops after George Floyd’s death last summer; some have called for University of Minnesota Police Department (UMPD) officers to be disarmed and governed by a citizen panel. Their frustrations intensified this month when university officers were deployed to Brooklyn Center to assist law enforcement during protests after the police killing of Daunte Wright.

“UMPD is funded by tuition dollars and needs to be accountable to our university community, rather than suppressing protests to end the brutal, senseless murders at the hands of our police and state,” U student body president Amy Ma wrote in an April 12 letter demanding university police stop supporting other departments.

The UMPD is part of a group of law enforcement agencies in Hennepin County, known as the West Command Task Force, that offers aid to one another when needed. Campus officers made no arrests at the Brooklyn Center protests and did not use pepper spray, tear gas or other munitions, according to the university.

Still, U President Joan Gabel told the Board of Regents on Wednesday the university will review its policies for multiagency response. As for the demand that Clark resign, Gabel swiftly rejected the notion in a letter to student government leaders this week.

“As we take our next steps, we do so with respect for student voice but with full support of the good work Chief Clark and his team are doing to advance our shared aspiration to be a more equitable and just campus community that is safe in every sense of that word,” Gabel wrote.

The U declined to make Gabel and Clark available for interviews.

Gabel noted in her letter that the university recently satisfied students’ request for an external review of campus policing. After months of research and engagement, an outside expert found that some U students and employees feared being harmed by campus cops, while others expressed support for police and concern about crime near campus. Officers reported feeling unappreciated by the campus community, with that sentiment growing since Floyd was killed.

Rebecca Jacobson, a U student senator, said the external report does nothing to fix the issues at hand: “It’s just words in place of action by administration at this point.”

Student government representative Jack Flom echoed that concern. While Gabel severed some of the university’s ties with Minneapolis police after Floyd’s death last year, campus officers continue to assist other law enforcement agencies in the area.

Jim Mortenson, executive director of Law Enforcement Labor Services, a union representing the university officers and personnel across the state, said student leaders should recognize the need for police to respond to crime on and near campus. Just last month, there were a few dozen burglaries, 22 car thefts, 13 aggravated assaults and a homicide reported in neighborhoods around the Twin Cities campus.

“Those calls for service don’t go away,” Mortenson said. “Can police do better? Everybody can do better in their jobs. But we don’t have to get radical on the whole thing.”

The Minnesota Police and Peace Officers Association on Tuesday condemned comments made by a U student government member during an April 14 meeting. Referring to UMPD, the student suggested that students “make their officers show up to something” and “use up their resources,” according to a video that circulated on social media.

The Minnesota Student Association — the U’s undergraduate student government — released a statement Wednesday saying the member’s comments were neither endorsed nor acted upon. “MSA has never advocated for false emergency calls,” it said.

Student government members Andrew Knuppel and Morgan McElroy said they fear their peers are damaging relationships with administrators and campus police, who hold the key to possible reforms. They both opposed the demand for Clark to resign.

“I thought it was too brash and too fast and we didn’t really have a lot of proof to back it up,” McElroy said.

In past years, Knuppel said the student government maintained a line of communication with Clark, inviting him to speak in front of their legislative body and committees. But the relationship has soured as the two sides have grown further apart.

Knuppel and McElroy also feel student leaders are taking positions that are not widely supported. They pointed to results from a survey the Minnesota Student Association conducted last fall, which asked more than 2,000 students whether they would like to see more or fewer UMPD officers on campus.

About 45% of students supported maintaining the police department’s size, 30% wanted more officers and 20% said there should be fewer, survey results show.

“Most students really are in the middle on this,” Knuppel said. “Most students clearly want some type of police reform but they also want to feel safer on campus.”