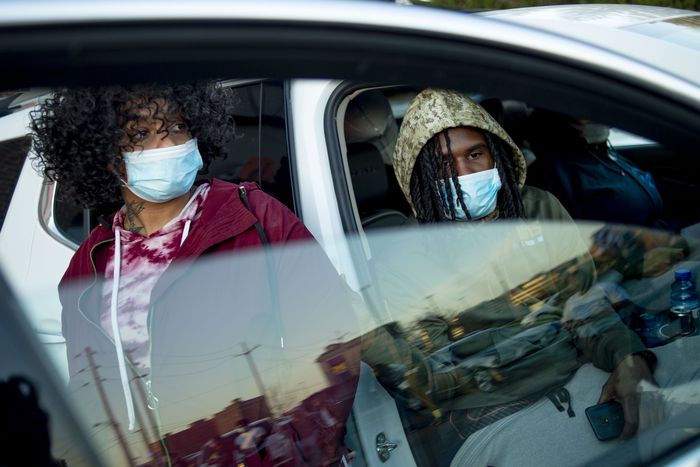 FLINT, MI Aug 31 2020— A Family Dollar employee testified Tuesday that he chased after the person who shot and killed 43-year-old security guard Calvin J. Munerlyn following an argument between Munerlyn and a woman over wearing a face mask.

Artrell Wesley testified he is an assistant manager at the store off Fifth Avenue.

He entered the store shortly before 2 p.m. May 1 and spoke with Munerlyn about an altercation earlier in the day with a woman.

Wesley testified that’s when a person came into the store and began yelling, asking where the person was that put their hands on his wife.

Family Dollar employee Anthony McLemore testified Munerlyn and a woman got into an altercation earlier in the day.

“I came out the office. I heard her talking loud but everybody talks loud,” he testified. “He told another customer that they can’t come into the store without a mask and she started talking louder. Told her she had to leave. She started insulting him or whatever, whatnot. Kept telling her to leave.”

Prosecutors allege Sharmel Teague argued with Munerlyn after he told Teague’s daughter, Brya Bishop, that she could not come into the store without a mask on.

As the woman began to walk out of the store, McLemore testified the woman spit in Munerlyn’s face.

“That’s when everything just went haywire from there,” testified McLemore. “He kind of chased her down and hit her. We just pretty much went back into the store after that.”

Wesley testified he and Munerlyn walked up to the front of the store.

Munerlyn was “trying to calm him down, to talk man-to-man,” testified Wesley.

He identified Larry Teague, Sharmel Teague’s husband, as the man Munerlyn was talking to at the time.

Wesley testified he saw “color coming from the corner” of his peripheral vision.

He testified the next few moments moved in slow motion as a younger man put a gun up to Munerlyn’s head and shot him.

“My mind is thinking that’s a customer coming around (the corner),” said Wesley, identifying Ramonyea Bishop as the shooter. “It wasn’t.”

He followed Ramonyea Bishop to a nearby apartment complex but lost his whereabouts and returned to the store to speak with police.

“I was just shocked like everybody else,” testified Wesley, with employees grabbing towels to try and stop the bleeding.

Munerlyn was taken to Hurley Medical Center and was later pronounced dead.

The preliminary exam on Tuesday is scheduled to continue next week with additional witnesses.

Larry Teague, who was arrested in Houston, Texas five days after the homicide, is charged with first-degree premeditated murder and four felony firearm charges.

Ramonyea Bishop, who was found May 8 in a three-unit house in Bay City, is charged with first-degree premeditated murder, felony firearm and carrying a concealed weapon.

Brya Bishop is charged with tampering with evidence, lying to police investigating a violent crime, and accessory after the fact to a felony.

All four suspects remain in custody at the Genesee County Jail.