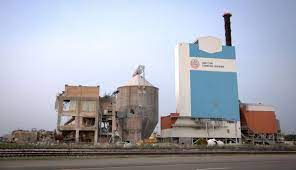 Sources say that a man working as a security guard fatally shot the man who was trespassing at the business.

Sheriff Greg Sanches said he received a call around 5:30 a.m. Thursday regarding an incident involving trespassers at the mill. It is believed they were in the act of stealing copper.

Captain Alton Lenderman with the Angelina County Sheriff’s Office said a man who was trespassing on the property was shot by employee of the property owner.

Sheriff Sanches confirmed that one of the suspects, Kenneth Holley, 56, of Houston, was found dead on the property.

“The old paper mill has been broken into multiple times over the years,” Sanches said. “We’ve arrested several people out there.”

Because the buildings on the property are massive, it makes it difficult to guard the facility, Sanches said.