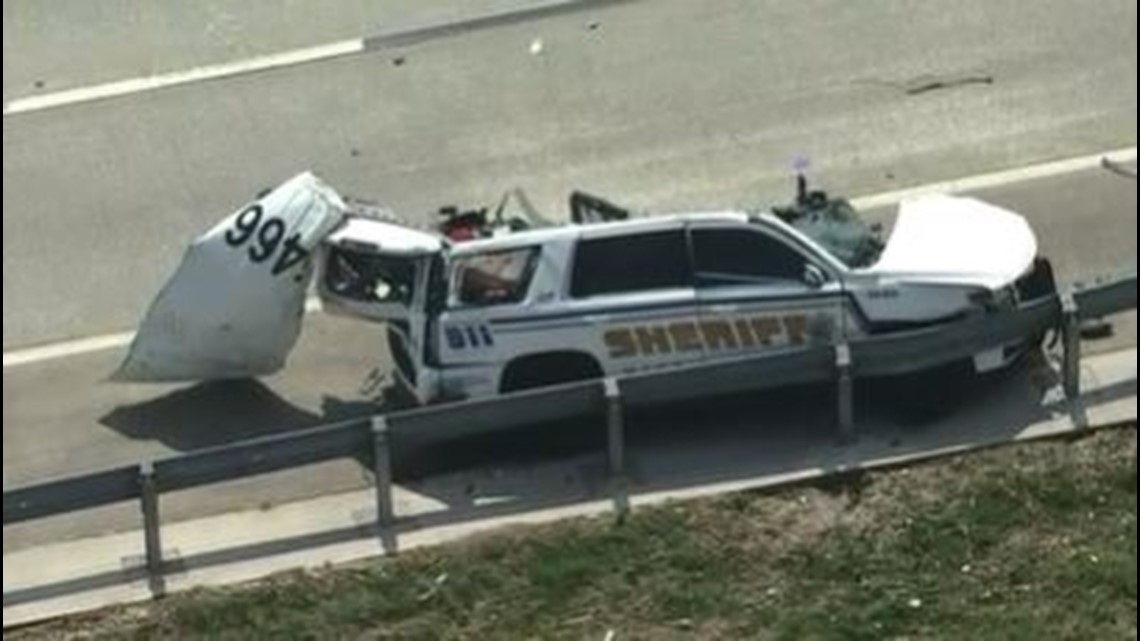 Harris County Deputy Robert Adam Howard was transporting evidence and preparing for an operation when his vehicle crashed into the rear of an 18-wheeler parked on the side of the road.

A Texas sheriff’s deputy was killed after colliding with the rear of a tractor-trailer on the side of the road Wednesday.

The crash involving Harris County Deputy Robert Adam Howard happened along the Tomball Parkway near Spring Cypress, KHOU-TV reports. Howard was transporting evidence and preparing for an operation when his cruiser clipped the back of the parked 18-wheeler.

“Our hearts are broken,” said Sheriff Ed Gonzalez. “We’re devastated we are losing such a great teammate described as a workhorse … described as having a great personality, funny and just outgoing.”

In video from the scene, the left side of Howard’s vehicle was wedged into the tractor-trailer. The impact of the collision also appeared to split the cruiser in half.

While Howard was being escorted to the hospital, a Harris County deputy on a motorcycle was injured and taken to the hospital. The deputy was expected to recover.

Howard, 27, is survived by a wife and two young children.

“Not only is it a loss for the family, (but also) for the citizens of Harris County,” said Deputy Raymond Garivey, who was Howard’s partner for the past three years. “We need police officers like my boy Howard. Just a phenomenal person. You know when we prayed together with the crew, you know we had to thank the Lord for allowing us into his life. He was just one of those type of people.”