Thousands Of Donors Give Over $400,000 For Slain Flint Security Guard’s Family 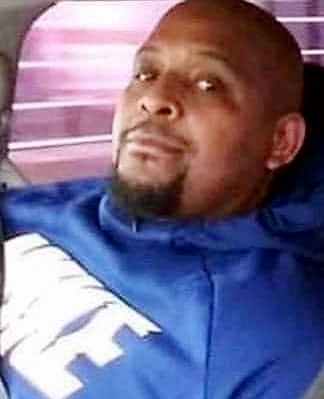 Courtney Cabine, a 34-year-old in Flint, saw $10,000 as the proper goal for a GoFundMe drive on behalf of a newly widowed friend and her children. That campaign for Latryna Munerlyn now exceeds $400,000.

The beneficiary’s husband, 43-year-old security guard Calvin James Munerlyn, was fatally shot on the job May 1 at a Family Dollar store after telling a customer she couldn’t shop without a face mask. That woman and three relatives are charged in the case.

The widely reported death touched emotions around the county and prompts more than 11,500 people to contribute about $402,500 at this page, which shows the victim in a T-shirt that says “Best. Dad. Ever.”

“Duper [his nickname] was a hard-working father and husband who lost his life while doing his job securing the place of business and asking all customers to wear a mask for our own safety,” posts Cabine. “He leaves behind eight amazing kids: Montikko, Maalik, Cavetta, Jackie, Chastity, Demonte, Calvin Jr. and Khalim.”

The couple was married for 21 years.

Authorities say Sharmel Teague, 45, yelled at Munerlyn and spit at him when told she needed a mask. Munerlyn asked her to leave.

Shortly afterward, her husband and son confronted Munerlyn at the Flint shop. The 23-year-old son, Ramonyea Bishop, allegedly shot the guard in the back of the head. Each of the three family members is accused of first-degree murder, and a daughter is charged with evidence tampering, lying to police and being and accessory after a crime.