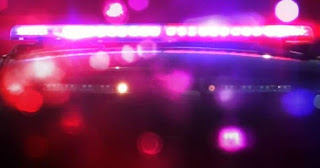 As the security officer pulled up outside a Madison check cashing store early Wednesday morning, before the shop even opened, the men stormed him according to the Madison Police Department.

The three suspects disarmed the security officer during the attack.

The men were reportedly armed and wearing masks when two people, the security officer and an employee of PLS Checking Cashing Store, pulled into the parking lot, at 1907 S. Park Street, around 5:35 a.m.

One of them pointed a weapon at the employee, who was still in her car, and she raced away without handing over any money, MPD spokesperson Joel Despain said.

The trio allegedly got no money from the security officer however they did flee with his firearm.

Investigators believe they had a getaway car parked nearby to help them escape.

The Madison Police Department have not released any information about possible suspects, nor did they provide descriptions of them.