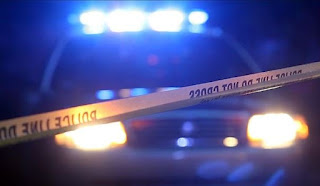 Harris County, Texas June 15 2022— A security guard was arrested Tuesday after he allegedly shot a man to death at a bar in north Houston in February 2020, according to Harris County Sheriff Ed Gonzalez.

Raymond Palmer was indicted for the shooting by a Harris County grand jury earlier this year. Deputies did not say why it took so long to get him into custody.

The deadly shooting at Ojos Locos in the 15150 block of the North Freeway happened on February 9, 2020.

The victim, 28-year-old Javier Sanchez, was allegedly shot in the back by Palmer after the two got into an argument as the bar was closing.

“Things just escalated out of control. This security guy was just shooting his gun like he was a gangster it was ridiculous,” said Richard J Presutti, Sanchez’s family attorney.

Another person was injured in the shooting but survived.

A security officer in Florida and Kentucky was also charged with murder this week in two separate shootings.