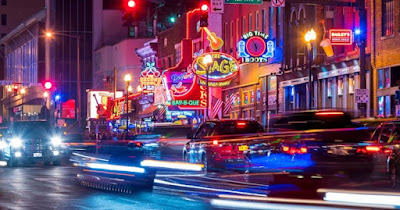 Security is big business in Nashville Tennessee.
From honky-tonks to festivals to country music concerts and sporting events, the music city is booming. With the rising crime and explosive growth of the city, anyone working in the security industry or who has a security business is at the right place, at the right time or so you would think.

Loyd Poteet, a retired Metro police officer who spent 31 years protecting the city continues to do so with his private security firm, Comprehensive Security Incorporated.

But there has always been one very big security machine that many security companies have never been able to compete against and now, Poteet is fighting back.

Tootsie’s, a world-famous bar and honky-tonk music venue smack in the middle of all the action in downtown Nashville is holding its annual birthday bash which was once a big money maker for Comprehensive Security Incorporated, Poteet said. And then it wasn’t.

“They came out and told me that they were taking it over,” said Loyd Poteet.

Metro Police took over the event, along with the Pride festival and his contract at Ascend Ampitheater.

He says losing those big contracts are hurting his bottom line.

“I want them out of the security business because they are in competition with private entity. They should not be. They’re also trying to monopolize it,” said Poteet.

So now, Poteet has filed a lawsuit against his former employer and current competitor.

But this monopolization by Metro police has gone on for over 25 years according to some who have had their share of business taken away by the Nashville Metro Police secondary employment office.

Metro is the exclusive or primary security detail on special events but only those that are city sponsored like the NFL draft or New Year’s Eve bash. They say they took over the Pride parade following the deadly Pulse nightclub shooting in Orlando, Florida.
They say they took over Tootsie’s birthday bash at the owner’s request.
Police spokesman Don Aaron says MNPD officers received a special request by the owner to cover the event.

“The event organizer is not going to say anything. He’s getting free police. That’s $20 something thousand dollars in their pocket,” said Poteet.

But what about personnel? According to the Metro Police policy, off duty officers cannot work for private security companies, a move that could earn them extra cash.

“That was actually one of the reasons why I retired in 2018,” said Bobby Young, owner of Covert Results private security company.

Young and Poteet say having trained law enforcement officers on staff allowed them to attract a high volume of clientele. They say once Metro blocked its officers from working private security, they lost a lot of clients but do what they can to make up for that deficit.

“Our company has gone outside of Davidson County to put together a great team of people,” said Young.

That’s money some current officers say should stay in the city where it’s needed most.

FOX 17 News requested an interview from Metro Police but they couldn’t go on camera because the lawsuit is pending.