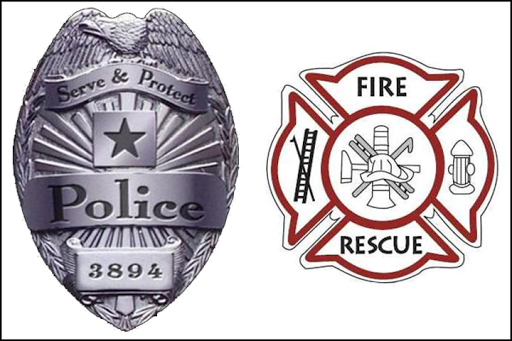 The Toledo public schools have announced a new program that they hope will encourage students to become employees in the public safety field.

The Toledo Public Schools’ new public-safety educational track will produce police and fire academy cadets who are better prepared for those jobs while enhancing the safety forces’ diversity and boosting their community relations, Toledo Mayor Wade Kapszukiewicz said Thursday during a formal rollout of the “PS 419” program.

“When our youth interact with a firefighter or law enforcement, we want that to be a positive experience,” the mayor said during a news conference at Bowsher High School, where he was flanked by Police Chief George Kral, Fire Chief Brian Byrd, and leaders from both TPS and Owens Community College.

“We want them to understand that these are men and women that live in our community and serve our community,” the mayor said. “Any opportunity to get professionals in the safety field interacting with high schoolers will have long-term benefits as they [students] go through life and we evolve as a city.”

Toledo Public Schools and Owens will collaborate starting in the fall on an instructional program that features College Credit Plus courses that align with a public-safety career pathway.

Enrolled students will receive both high school and college credit for pertinent classes along with qualifying for an EMT-B certificate — an entry certificate for Emergency Medical Technicians — upon graduation, said Michael Pfahl, dean of Owens’ business school.

“There will be criminal justice and fire science courses that students will take as part of the College Credit Plus program,” Mr. Pfahl said. “College Credit Plus allows students to take our classes in high school for both high school and college credit. These courses are free and when students are finished we anticipate they’ll have their EMT-B certificate and will have the possibility of continuing at Owens and moving forward in whichever pathway they choose.”

PS 419 builds on a partnership announced in October, 2017 that allows students to graduate high school with the opportunity to obtain a basic EMT certification. The new program will expand that into a three-year course track, with the first year functioning as an exploratory year, and each of the 25 students in each grade will be paired with a current Toledo police officer or firefighter as a mentor.

Toledo City Councilman Cecelia Adams, who has worked on the public-safety program since its original’s 2015 inception, said the mentorship aspect makes it stand out.

“The one-on-one mentorship that will be provided by current police officers and firefighters is invaluable in its connection to ensure these students will make it through the program successfully,” Ms. Adams said while proclaiming council’s wholehearted support.

Citing the African “It takes a village to raise a child” proverb, Ms. Adams described PS 419 as “the village in the city of Toledo that’s supporting a program for those young people who are interested in public safety.”

Mayor Kapszukiewicz said Toledo’s police and fire ranks now draw from a variety of backgrounds, including traditional four-year college educations, military service, or straight out of high school. But only rarely do they have any specific training in their intended fields.

“We think we can prepare better cadets for the academy through a program like this,” the mayor said. “We think we can evoke interest among younger Toledoans for these professions and we think we can achieve the goal of greater diversity in our safety forces through a partnership like this with Owens, the City of Toledo, and TPS.”