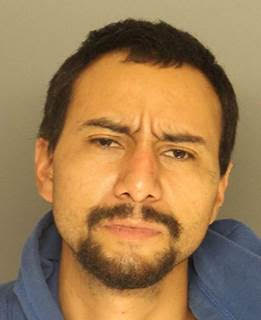 On July 15, 2020, at approximately ​6:45 A.M., the Santa Barbara Police Department responded to Santa Barbara City College for a report of a subject who was repeatedly trespassing at the campus.

Campus security advised Officers that the subject had a history of being aggressive toward SBCC staff members. Earlier that morning, security asked the subject to leave, and he responded with verbal threats.

Officers found the subject, later identified as 28-year-old Joshua James Segura, lying on the ground in front of a lecture hall. He was immediately hostile toward the Officers and disobeyed their verbal commands. Segura then fled. The Officers, hoping to de-escalate the situation, allowed him to leave the area.

At approximately 8 A.M., Officers were again dispatched call involving Segura. He had returned to the SBCC campus and was refusing to leave.

Upon arrival, Santa Barbara Police Officers found Segura across the street from campus in a Harbor parking area. When an officer attempted to detain him, Segura ran once again. This time the officer gave chase, ultimately catching him and pushing Segura to the ground.

Segura struggled violently in an attempt to avoid being arrested. During the fight, he grabbed the officer’s firearm and forcefully tried to pull it out of its holster. The officer was able to overcome Segura’s resistance and prevented him from taking the firearm. Segura was arrested shortly thereafter.

Segura’s level of resistance caused the arresting officer to sustain a lower-body injury while that officer was fighting to protect the duty weapon. That officer needed to be treated by medical personnel. The injury was severe enough that the officer was not able to return to work, pending further diagnosis and treatment.

Segura was booked for battery on an peace officer, resisting arrest by force, and other charges. He had been on probation for other prior convictions.