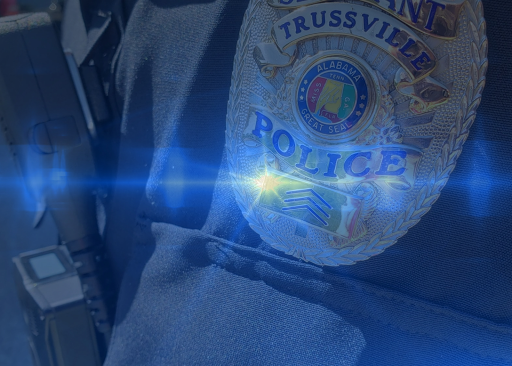 TRUSSVILLE AL June 2 2021 — The Trussville Police Department responded to an incident at the Trussville Super Target on Sunday, May 30, 2021.

Around 7:56 p.m., police were dispatched to the location at 1654 Gadsden Highway, after a woman called and said a black female wearing a jacket, a backpack and a fanny pack, was threatening her.

The caller stated that while inside the store, the female approached her children, who are 9 and 10 years old. The children got scared and ran to their mom and her fiancé but the mom said the female continued to follow them through the store. The family got through check out and left the store.

“I was kind of in denial that she was following us until we were checking out just because I thought she looked really young,” the mom told The Tribune. “She was walking really slow and it was just very strange and the plan was just to get to the car because we weren’t parked very far away.”

The mom, who does not want to be identified, said the female pulled out what looked like a kitchen knife. That’s when the victim quickly got into her car.

“My fiancé was like, ‘Get in the car now!’ My children were in the car and we were kind of blocked in because I couldn’t really pull out,” the mom said. “There were people trying to pull in and people trying to park and she just approached the car with the knife and had us blocked. Thankfully, there was nobody parked in front of me so I was able to get away from her that way.”

The mom said as she circled around the parking lot to call the police, the female continued to follow them with the knife.

“We called Trussville police and they got there very fast,” the mom added.

A police officer was already in the area and he responded to the incident. The family said they saw the female running from the police officer but he eventually caught up to her. According to a police report, the officer approached the female, who had still had a knife in her hand. As he told her to drop the knife, the officer reported the female approached him and yelled, “You’re going to have to kill me!” and “Suicide by cop!”

The officer pulled his Taser and continued to demand she put down the knife. During the incident, more officers arrived on the scene and drew their pistols. After police began to yell at the female to drop the knife, she did but she continued to resist arrest, according to Chief Eric Rush.

After she was taken to the ground and handcuffed, she was identified as a 15-year-old from Birmingham. In the body camera footage, you can hear police telling the female to “take a deep breath” and “you’re going to be okay.”

The suspect’s identity will not be released and body camera footage will not be shown because the girl is a juvenile. Police later discovered the teen is currently on probation for a previous arrest for robbery first-degree.

Chief Rush said after viewing body camera footage, he is confident that the first responding officer handled the incident the best way he could.

“I am very proud of the way the officer diffused and deescalated the situation,” said Chief Eric Rush. “He did the right thing and that’s what I expect of all of my officers.”

Rush said he is thankful the incident ended with no one being hurt.

The girl was taken to Children’s of Alabama for a mental evaluation and DHR was contacted. She could be charged with menacing and failure to obey a lawful order. The case will be handled through Jefferson County Family Court and no further information will be available to the public.