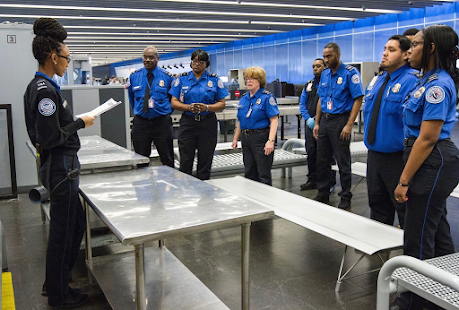 Washington DC Dec 2 2020 A Transportation Security Administration employee filed a putative class action Monday against the federal government alleging that TSA workers are being deprived of required hazard and environmental discharge pay for work conducted at airports during the COVID-19 pandemic.

According to the lawsuit from TSA employee Marion Higgins, federal law provides for a 25% pay boost to government workers exposed to “virulent biologicals” such as COVID-19 and a 4% or 8% increase for exposure to dangerous microorganisms, but TSA workers have not been issued the payments.

The lawsuit was filed on behalf of all TSA workers whose primary duty is to screen and come into close contact with travelers at airports since January. Citing a USA Today article, Higgins said that at least 2,885 TSA employees have tested positive for COVID-19 and nine have died through Nov. 17.

“TSA employees are forced to work every day without appropriate protective equipment being provided and other safeguards being taken to reduce their exposure to COVID-19,” Higgins said. “And as evident from the number of deaths so far, the risk is not hypothetical. It is very real.”

Higgins added, “Even if the TSA had provided sufficient precautionary measures to ensure complete protection from COVID-19 — and it did not — there are no safety precautions that would result in reducing exposure to COVID-19 to a less than significant level of risk.”

Higgins said she has worked for the TSA since 2004 as a behavior detection officer, transportation security officer and lead transportation security officer and that two areas of the Code of Federal Regulations require federal workers to be paid the hazardous and environmental differential pay — specifically Appendix A to subpart I of Part 550 of Title 5 and Appendix A to subpart E of Part 532.

The hazardous pay calls for a 25% increase in pay for federal workers who are in close proximity of “virulent biologicals,” which are defined as “materials of micro-organic nature which when introduced into the body are likely to cause serious disease or fatality and for which protective devices do not afford complete protection,” according to the lawsuit.

The environmental discharge pay calls for a 4% or 8% increase for increased exposure to dangerous microorganisms where the use of protective equipment has not “practically eliminated the potential for personal injury.”

“Because there is currently no vaccine for COVID-19, plaintiffs have been, and are, exposed to COVID-19 every time their job forces them into the community,” Higgins said.

The lawsuit added that common questions for each proposed class member include if they worked in close proximity to objects, surfaces or people infected with COVID-19; if they performed the work without proper protective gear; if the “exposure has been taken into account in the classification of his or her position;” and if they were paid the hazardous duty pay or environmental discharge pay.

“It’s important to note that there are human beings behind this lawsuit, including our client, who has preexisting conditions and is afraid to go to work,” Michael Morrison of Alexander Morrison & Fehr, who represents Higgins, told Law360 on Monday.

Counsel information for the federal government was not immediately available.

TSA Spotlight on Canine Handler of the Year