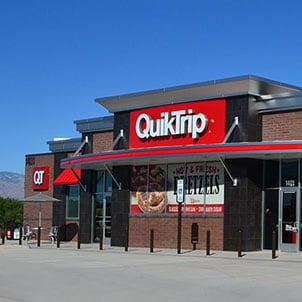 Police say that they were called to assist a security officer at a Quik Trip gas station after a person commanded his dog to attack the officer.

It happened just after 7pm on Saturday at the 11th and Utica QuikTrip.

Police say it was then that Sparks commanded his dog to go after the security guard.

According to police, the security guard feared for his safety and that the attack was imminent and he fired one shot toward the dog.

It was then that Sparks and his dog left the scene, but police later located them nearby.

Officers reviewed the surveillance video, which they say showed the theft and attempted attack by the dog.

The dog was not injured and was taken to Tulsa Animal Welfare shelter.