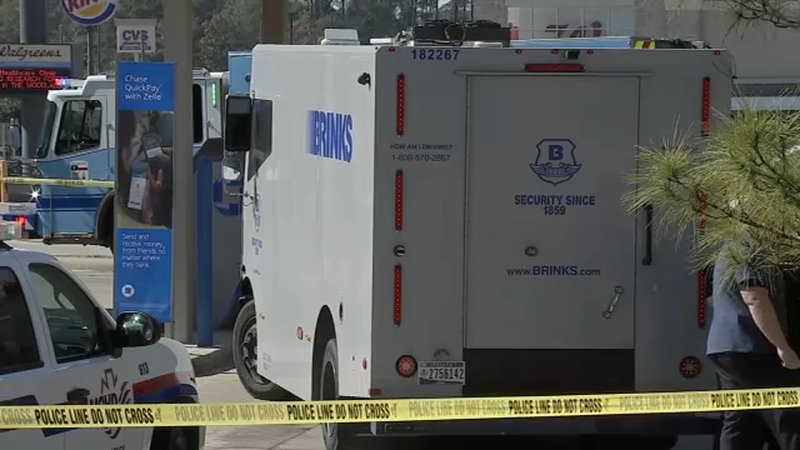 Polce are reporting that an attempted robbery of an armored truck service ended in the death of a
27-year-old man from Houston who was one of two armed men who tried to rob the armored truck.

The chief of the Willis Police Department, James Nowak, released the information as law enforcement continued to search for a second suspect involved in the heist who fled the area.

Police have not released the identities of either suspect or the security offcers involved.

Nowak said officers and a tracking dog from the Texas Department of Criminal Justice continued to search into the afternoon south of the crime scene for the remaining suspect, as well as additional evidence.

The robbery happened around 9 a.m. when a Brinks employee was parked in the drive-thru, servicing an ATM.

Police said an armored car guard shot one of the suspects, who died at the scene. The second suspect ran off, and police were not sure whether this person was also wounded.

The manhunt is focused on FM 1097 and I-45. The suspect is believed to be a black man who is tall, slender and dressed in all black.

The Brinks officer was not hurt in the incident.

Nowak added investigators were looking at multiple sources of video that captured the robbery attempt.

Willis police are being assisted by agencies that include the FBI, Texas Rangers, Houston police, and the Montgomery County Sheriff’s Office.