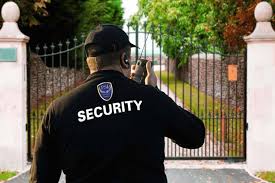 Eugene OR Jan 19 2020 Victimized by an attempted arson and break-ins, a local business owner and more than a half-dozen sororities near the University of Oregon campus are splitting the cost for unarmed security patrols.

The patrols are in response to increasing concerns about lawlessness, including among homeless individuals who frequent the area, said Steve Sheehan, owner of Elk Horn Brewing at Hilyard Street and East Broadway.

“If we can avoid one bad incident by having a foot patrol, it will pay for itself,” he said.

Sheehan is spearheading Eugene Wake Up, a local group of business owners and concerned citizens seeking solutions to crime and lawlessness that they say are having negative impacts on the community.

Sheehan launched the initiative after a homeless woman, who was ordered by a Washington judge in December to go to a state behavioral health intervention unit, attempted to burn down his business about a month after vandalizing it.

The formation of the group this fall led to discussions with sororities on the west side of the UO campus that have been affected by break-ins.

The university confirmed that sororities reported four burglaries to its police department during winter break. No details of the incidents were released.

“The girls are so scared,” said Kathy Segale, house director at the UO chapter of Alpha Phi on Hilyard Street, a short distance from Elk Horn. “They are from out of town. I think this will really help them feel secure.”

The sorority, with about 200 members, has 58 members who live in the house.

Segale said she’s in the process of upgrading the grounds with a new security system and other measures.

“We’re building a fortress,” she said.

The UO agreed to amend its existing contract with a private company, Premier Security, to provide foot patrols in the area. Its police department has a contract with Premier to provide patrols when requested for special occasions and to supplement campus security as needed, UO spokesperson Saul Hubbard said.

The two-man patrols will operate for five days from late night to early morning, Sheehan said. The times and days will change so they’re not a set schedule. it’s not determined when the patrols will begin.

Hubbard said that while he did not know the specifics of Premier’s agreement with Elkhorn and the sororities, the university’s contract with Premier for patrols specifies that the guards are not armed.

Elk Horn and sororities are paying the full cost of the patrols in their area. Sheehan said the patrols will cost him $500 to $600 a month.

“It’s nothing you build in your business plan,” he said.

Comparatively, Sheehan said the recent crimes cost his business $8,000. He still is awaiting word on an insurance settlement to help recoup costs.

While the university is not paying for patrols, it will offer technical assistance. That expertise includes defining the patrol routes and hours of operation and identifying potential vulnerabilities in addition to managing the contract, Hubbard said.

“While the area involved is not in UOPD’s primary jurisdiction, the UO is helping the group evaluate different options for launching privately funded foot patrols there as a crime deterrent since we have a vested interest in the safety of our campus community,” he said.

The initiative is not unique.

Downtown Eugene Inc. and the city of Eugene pay for unarmed security patrols in downtown and nearby parks. The city also pays for unarmed guards at several of its parking garages.

But these new foot patrols worry some local homeless advocates who are concerned the guards will target vulnerable people on the streets.

Homeless advocate Chelsea Swift characterized the patrols as a short-sighted solution. The strategies local officials are pursing require much more time and money. These investments include a low-barrier public homeless shelter, outreach and landlord assistance.

“Eugene Wake Up has become newly energized about an old issue, and the group does not seem to be open to the evidence-based solutions suggested by people who have already been doing the work around these issues,” Swift said. “No amount of jail beds will end a housing crisis. No amount of security guards will deter people becoming homeless due to evictions.”

But Sheehan responded something needs to be done.

“There is fear in our area,” he said. “For people to just brush it off like there’s no problem with any of the unhoused — yeah, it’s other people, too, than just the unhoused. There’s a lawlessness happening in our community that we keep overlooking and sweeping under the rug. There needs to be light shed on it.”