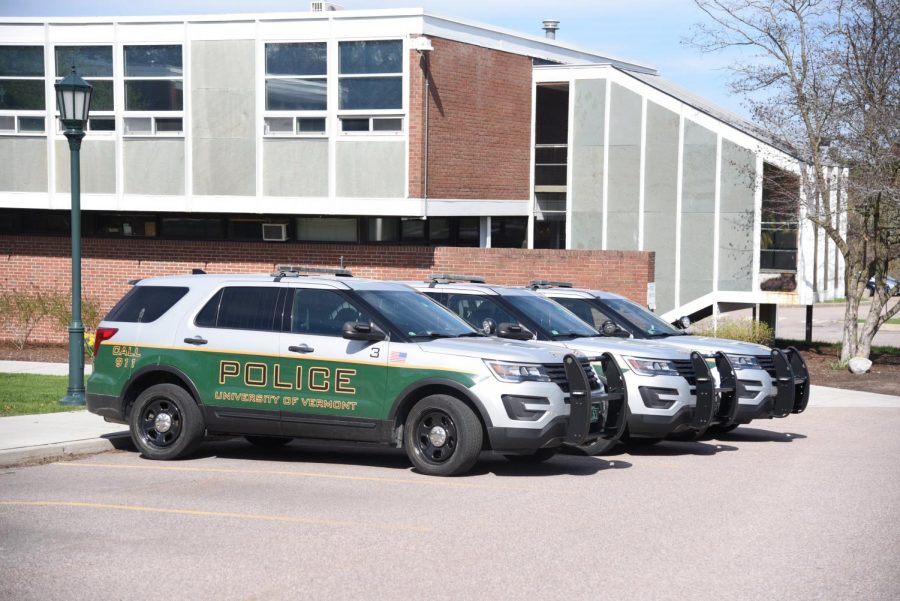 University of Vermont Police received only a third of their average number of calls this April compared with the previous five years.

With a near-empty campus and fraction of their typical call volume, policing changed significantly this spring. The department began helping the Burlington police, enforcing social distancing on campus and training and prepping for multiple potentialities as the situation develops.

UVM Chief of Police Tim Bilodeau said a lot of what they started doing revolved around stressing the educational component of social distancing for the small number of students who were still on campus in line with the governor’s executive order. UVM’s campus has been shut down since March 16.

“So on a university campus during the school year, you have 17 to 18,000 people on campus,” he said in an interview April 28. “Obviously that call volume is down significantly, so now there’s a lot more around preparation, and training, and readying your place to be able to assist with public health factors.”

UVM Police was involved in the planning for the emergency surge site set up at the Patrick Gym, in case it went into use, he said.

“We have to patrol it all the time,” Bilodeau said. “Obviously you elevate surveillance if there are people using it. But with the expensive property and if there’s medicine in different places on campus, we have to care for that as well.”

UVM Police has also been doing FaceTime and Microsoft Teams meetings for roll call and general communications, and they have been helping out Burlington Police with certain incidents, he said.

“We have first responders who assist Burlington Police, Burlington Fire Department, UVM Rescue, with incidents around us in addition to a smaller amount of our own calls,” he said. “Police departments essentially belong to the larger group of police in Vermont.”

Burlington has seen some violent situations in the last week, Bilodeau said, and one of UVM’s detectives is currently working out of Burlington’s unit for special investigations for sexual assault.

“There’s just not a big footprint on the UVM campus right now, obviously,” he said. “Even though it’s a small footprint, you need a police department once we start getting back to the business.”

Bilodeau was unable to speak to the potential financial impacts of the current situation on UVM Police, he said.

In a May 11 email, UVM President Suresh Garimella stated UVM is facing $15 million in direct COVID-19 costs, and the potential of more than $26 million in lost revenue based on predictions that there will be fewer students attending UVM in the fall.

Garimella stated these obstacles may impact salaries and benefits as well as staffing levels throughout the university.

The Cynic reached out to Garry Derr, vice president of operations and public safety, and UVM spokesperson, Enrique Corredera, about the potential economic impacts on UVM Police if UVM doesn’t receive the $25 million they requested from the state of Vermont.