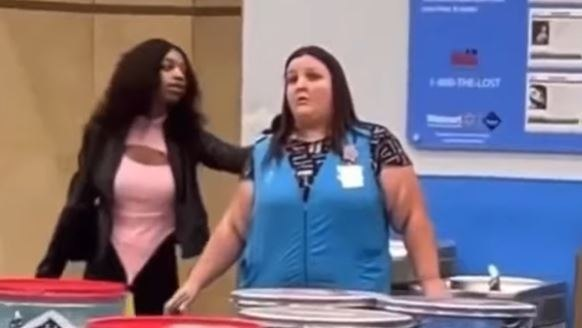 Video was captured inside the Richland Walmart as a woman held a store employee at gunpoint. Moments later, police shot and killed the suspect.

In the video, 21-year-old Corlunda McGinister can be seen holding a gun in one hand and an employee against her will with the other.

Officers can be heard telling McGinister to put down the gun and let the employee go. McGinister repeated that she wanted to see “a news anchor” as she waved the gun.

The incident was initially reported at about 5:45 p.m. Wednesday as a hostage situation.

The day after the shooting, Mississippi Bureau of Investigation officials released McGinister’s name and said she was from West Helena, Arkansas. No one else was hurt during the incident, Richland police Chief Nick McLendon said.

MBI is leading the investigation because an officer was involved.