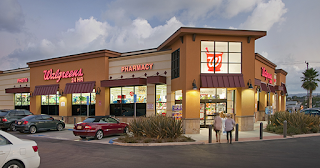 HOLLYWOOD, CA June 10 2021— The sister of a man who was shot and killed by a security guard at a Hollywood Walgreens in 2018 will be allowed to progress her lawsuit against the company and other parties, a judge ruled Tuesday.

Psychesia Hart, the victim’s mother, filed a similar suit against Walgreens shortly before her daughter, but later dropped it.

“This lawsuit concerns the despicable conduct of Walgreens, a multibillion-dollar corporation, whose executive board placed Walgreens’ interests in maximizing the corporation’s profits above the safety of innocent consumers shopping at their stores,” the suit brought by Psykssyanna Hart claims.

The suit also says Walgreens was negligent in the screening, hiring and training of security guards.

According to documents, Jonathan Hart was fatally shot by Ciota around 8 p.m. on December 2, 2018, while attempting to leave the Walgreens at Vine Street and Sunset Boulevard after being falsely accused of shoplifting.

The lawsuit says Hart was targeted because he was Black and gay. On the night of the shooting, Hart and his friends complained to a cashier that Ciota was harassing them around the store despite the fact that they had done nothing wrong, but no actions were taken.

According to the complaint, Ciota then pulled his gun and fatally shot Hart in the neck while he was running away. The suit also says it took several minutes for the security guard and other employees to call for help, while Hart was later pronounced dead at Cedars-Sinai Medical Center.

Walgreens released a statement after the first suit by Hart’s mother was filed, saying, “As we have stated from the beginning, we immediately terminated the security company that employed the guard involved in this tragic incident. We are fully committed to providing a safe environment for our employees and customers in the communities we serve. Any suggestion of racial profiling or discrimination is simply false and contrary to our deep commitment to inclusive diversity.”

Ciota was charged with murder in 2019.