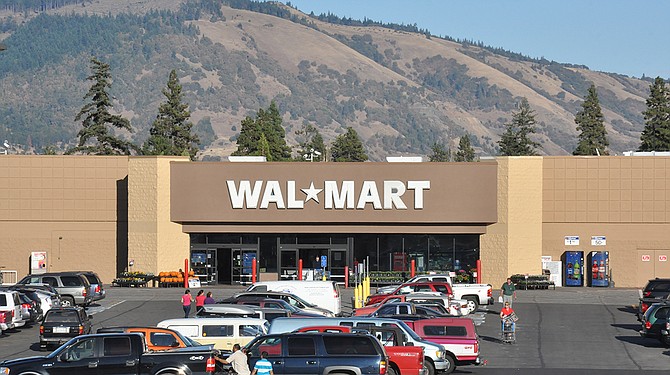 HOOD RIVER, Ore. May 1 2017– An Oregon man accused of shoplifting from Walmart died after falling off a cliff while trying to elude authorities, police said.

Charge crossed an interstate that is adjacent to a bluff.
Police said they did not pursue the suspect because of the dangerous terrain, according to OregonLive.
A Union Pacific railroad employee found Charge’s body Monday.
KIRO7