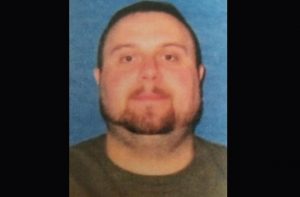 LOUISVILLE, Ky. Jan 31 2019 The FBI says an armored truck guard suspected of fleeing with cash taken from a truck in Kentucky has been arrested in Connecticut.
The FBI said Wednesday that Mark Espinosa was arrested near Hartford on a federal warrant stemming from the Dec. 5 robbery of a Garda armored truck in Louisville.
An FBI affidavit says Espinosa and another employee were doing a pickup at a mall the day of the theft. The other employee went inside, and when he came out, the truck was gone, the affidavit states. It adds the truck was moved to another location at the mall and Espinosa had disappeared.
The FBI affidavit says “hundreds of thousands of dollars” were missing from the truck.

It wasn’t immediately known if Espinosa had a lawyer who could comment.