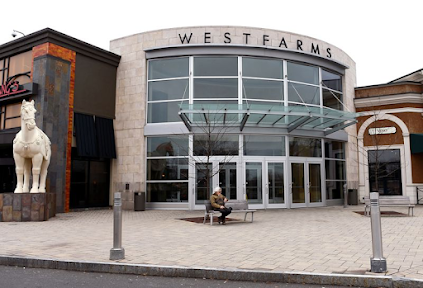 West Hartford Police are searching for suspects who robbed two retailers in the Westfarms area Tuesday afternoon, with one of the incidents involving a suspect scuffling with a security guard.

When a Loss Prevention officer attempted to stop the robbery, one of the suspects resisted and struggled with the officer, police said. One of the suspects also reached for his waistband, which officers indicated implied that he was armed.

At that point, police said, the Loss Prevention officer pulled back, and the suspects fled. The officer was not injured, police said.

Police said that minutes later they received a report that the Ulta Beauty store, located just down the road from Westfarms at 1555 New Britain Ave., had been robbed in a similar manner.

Employees told police that three suspects entered the store carrying garbage bags, which they filled with a large quantity of fragrances.

Neither the vehicle, nor any of the suspects, have been located, and police said the incidents remain under investigation.

An Ulta store in Waterbury had a similar theft take place Tuesday as well. That incident happened around 3:30 p.m., police said.