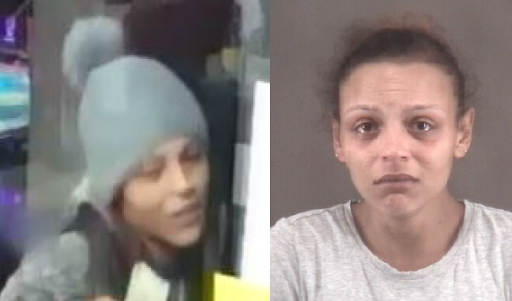 KERNERSVILLE NC April 21 2021— A woman has been arrested in the shooting of a security guard and the armed robbery of a business in 2019, according to Kernersville police.

Leighanna Perez Terry, 30, is charged with attempted first-degree murder and conspiracy to commit armed robbery, according to a release from the department. She was arrested on Thursday and is being held on $750,000 secured bail at the Forsyth County Jail, police said.

On Dec. 23, 2019, police responded about 4:30 a.m. to an armed robbery at the Fun Zone, 723 E. Mountain St. A security guard was shot during the armed robbery, which resulted in an undisclosed amount of money being stolen, police said.

The security guard was shot in the face during the robbery, but has since recovered, Jones said.

Anyone with information is asked to contact Kernersville Police Department at 336-996-3177.