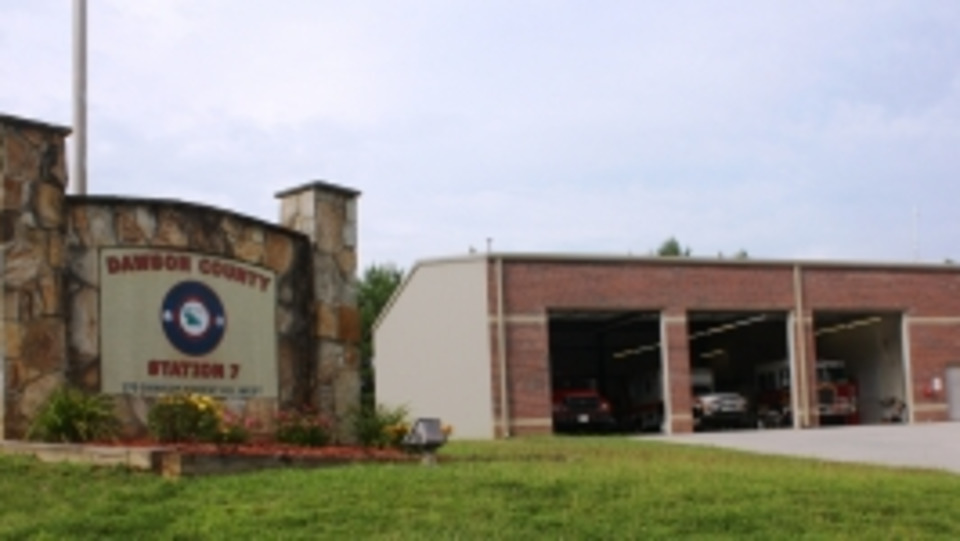 A woman was followed to a North Georgia fire station Monday before she was shot and killed in front of her children, authorities said.

Her husband is accused in the shooting, which was witnessed by several people at the fire station, Dawson County Sheriff Jeff Johnson told Channel 2 Action News. He immediately surrendered to firefighters and was taken into custody by arriving sheriff’s deputies.

The children, ages 5 and 8, were not injured, Johnson said. They are currently in the custody of the Georgia Division of Family and Children Services.

The ordeal started with a frantic 9-1-1 call around 7:30 p.m. Monday, according to the sheriff’s office.
A short time later, the woman, who was not identified, pulled into the parking lot of fire station 7 on Dawson Forest Road with her husband following behind in his own vehicle.

She stayed in her vehicle as the man approached and fired several shots, Johnson told Channel 2. The woman was dead in the driver’s seat when deputies arrived minutes later.

“The fire station should be a safe haven, and obviously that’s what we believe that this lady was looking for,” the sheriff said from the scene Monday night.

A Dawson County firefighter, his wife and their children may have witnessed the shooting, fire Chief Danny Thompson told the news station. They were visiting the fire station when the gunfire erupted.

Another firefighter was inside the station at the time, but there was nothing that person could do to help the woman, Thompson said, as “the incident evolved so quickly and rapidly.”

A crisis team was called in to support the witnesses and other first responders, he said. The GBI was also called to the scene to process evidence.

“Our thoughts and prayers to the victims’ family and all those affected by this crime,”  Johnson said.

Ind. EMS was unavailable to respond 800+ times in 1 year