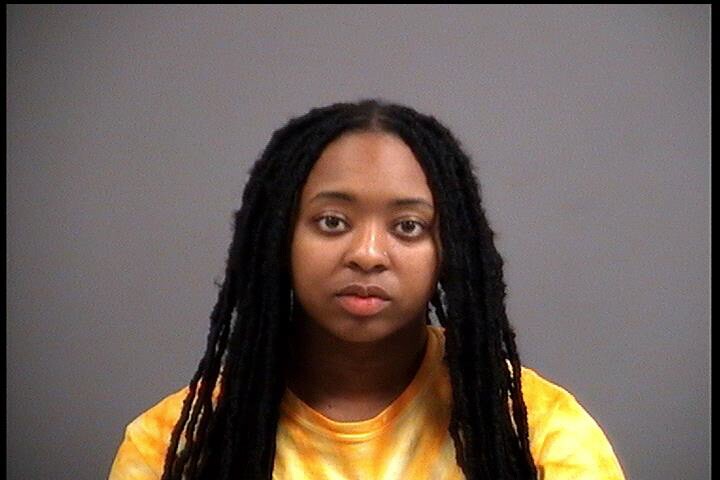 CHESTERFIELD COUNTY, Va. July 22 2020— A woman who works at the Bon Air Correctional Center has been arrested and charged in connection to the escape of two men early Monday morning.

Monday night, Jon Burkett first reported that the investigation into the escape focused on whether a correctional center employee may have helped the two men break out.

On Tuesday, Destiny L. Harris, an employee who works for the Department of Juvenile Justice, the agency that runs the Bon Air Juvenile Detention Center, was charged with two counts of aiding a convicted felon or juvenile in successful escape.

The Chesterfield woman, who was taken into custody Tuesday morning without incident by the United States Marshals Service Fugitive Task Force, is being held at the Chesterfield County Jail.

She is scheduled to appear in court Wednesday.

Virginia Department of Juvenile Justice officials said Rashad Williams and Jabar Taylor used a type of cord to choke a security guard, then swiped his keys to make their escape.

The department said it appears the two men got into a waiting car Monday morning from an exterior fence that had a hole cut in it. They’re trying to determine who cut that hole and when.

“What we want to do is, do a thorough investigation into how this happened and take whatever steps necessary to make this never happens again,” Brian Moran, Secretary Public Safety & Homeland Security said Tuesday.

Taylor, 20, of Spotsylvania, was convicted of two counts of second-degree murder and aggravated malicious assault.

Williams, 18, of Washington, D.C., was convicted of malicious wounding and robbery.

They were ordered incarcerated at Bon Air Juvenile until their 21st birthdays.

Williams and Taylor remain on the run and Crime Insider sources say they could be armed and both are very dangerous.

Crime Insider sources say the manhunt includes federal resources. The US Marshals Fugitive Task Force is looking for information that can help law enforcement capture both Williams and Taylor.