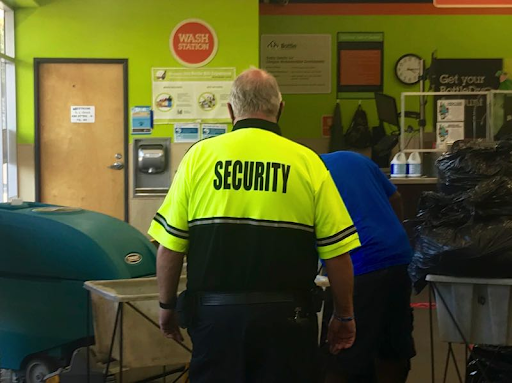 Freddy Nelson Jr. was shot and killed in his car by an armed security guard in at the Delta Park Center in North Portland in May of this year. Now, his family — represented by Freddy Nelson’s adult son, Kiono Nelson — is pursuing legal action.

Kiono Nelson and his lawyer, Tom D’Amore, said the family is working on filing a wrongful death claim against the shooter, Logan Gimbel; the security company, Cornerstone Security Group; and TMT Development, who hired Cornerstone.

According to D’Amore and information he got from witnesses, Gimbel approached Freddy Nelson’s truck for unclear reasons on May 29 in the Lowe’s parking lot at the Delta Park Center. Gimbel, an armed security guard, told Nelson to put his hands behind his back. Instead, D’Amore said, Nelson and his wife, Kari Nelson, got in his truck. Then, Gimbel reached inside a back window and pepper-sprayed the couple.

After that, Gimbel moved to the front of the vehicle and shot through the windshield four times, D’Amore said, killing Freddy Nelson.

Now, D’Amore and Kiono Nelson are working on getting started with their lawsuit. They’re in the process of doing their own investigation, D’Amore said, and soon they will draft the final complaint they will file to initiate the lawsuit.

Elisabeth Shepard, a spokesperson for the Multnomah County District Attorney’s Office, said the office is unable to comment on the case because it’s still an open investigation.

Cornerstone “does not have a comment at this time,” and TMT Development declined to comment because of the ongoing investigation.

The Nelson family is pursing the lawsuit to make sure something like this doesn’t happen again, but it’s been hard on the family, too. “I kind of just want to move it along and put it behind us,” Kiono Nelson said. It’s been especially hard on his mother, who was next to her husband when he was shot.

D’Amore and Nelson said there had been tension between some members of the Nelson family and Cornerstone for a while. D’Amore said the Nelson family had a vehicle parked on a street a few blocks away and Cornerstone patrolled that area and wanted them to leave. Since they were parked on public property, police told Cornerstone they couldn’t do anything about it, D’Amore said. After that, Kiono Nelson said the security group started harassing his family even more.

Nelson and D’Amore said they think the shooting was related to the previous ill will between Nelson’s dad and the security group.

Cornerstone is no longer at the location, but many of the people Cornerstone did patrol at the parking lot — and specifically the Bottle Drop location — are vulnerable people, D’Amore said, including a lot of homeless folks.

“A lot of the rest of that population, they are going to be more agreeable to be pushed around, regardless of whether it’s legal or lawful. And Freddy Nelson just wasn’t,” D’Amore said. “So, I think that’s part of what led to this shooting. ‘This smartass had it coming,’ kind of thing.”

Nelson said that’s how he sees it, too. The two don’t think armed security guards should have even been there in the first place. Especially Gimbel, who wasn’t even firearm-certified when he shot Freddy Nelson, according to a previous investigation by Oregon Public Broadcasting. Yet Cornerstone hired Gimbel and put him in the field.

D’Amore said the family is directing the lawsuit at Cornerstone, TMT Development and Gimbel because of how and why the shooting happened. It’s “clear negligence,” he said, but maybe even beyond it, too.

“(Cornerstone and TMT Development are also) responsible and culpable, not just this shooter. But we do have this problem in this country that one group thinks they can intimidate others and are in a position of power do so. And it just tends to lead to things like this. The power that they have, however limited, maybe it goes to their heads. And they think that the next step is to start shooting people. And that’s what’s going on in this country,” D’Amore said.

“And in this case, when the intimidation didn’t work by harassing these folks, and showing a gun wasn’t enough to intimidate these folks, then they decided to shoot,” he said.

Nelson added: “For them to go as far as to shoot at people, what makes it so they won’t do it again?”

The Nelson family’s goal, D’Amore said, is to hold the companies “accountable for the death of their father, spouse, son.” Sometimes, the only way to make them accountable is suing for money and getting them in front of a jury, D’Amore said.

Nelson added that Cornerstone’s website says the company offers services for places like schools, too, “but they’re out shooting people at Lowe’s.” He said he doesn’t think Cornerstone should even exist anymore.

More than anything, the family hopes the lawsuit will make it so this doesn’t happen to anyone else.