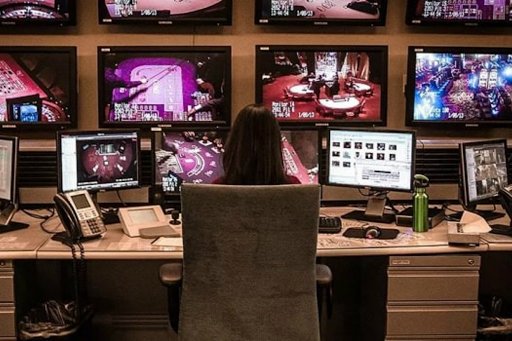 The US Attorney’s Office of Nevada announced federal charges yesterday against Alan Ray, 33, of England. Prosecutors allege that Ray was in possession of 24 unemployment insurance debit cards issued by the Nevada Department of Employment, Training and Rehabilitation (DETR) and the California Employment Development Department (EDD).

The value of the 24 cards, US Attorney Nicholas Trutanich reveals, is at least $465,230. Paired with an additional 36 unemployment insurance claims thought to have been made by Ray, the total amount of the fraud is said to be $1,149,250.

If fraudsters don’t understand it by now, they should quickly realize that our office is prioritizing the investigation and prosecution of those trying to exploit the unemployment system and harm Nevadans in need,” Trutanich declared.

Ray has been charged with one count of possession of counterfeit and unauthorized access devices, and one count of aggravated identity theft.

According to the US Attorney’s Office, Wynn Resorts monitored Ray while he was in its Las Vegas Strip property in late October. Casino security watched Ray prepare a package inside the hotel’s business center that contained suspicious items.

Wynn opened the package after Ray tried to ship it to an address in Houston, Texas. Inside the box, security officials found the unemployment cards, all in different names, two notebooks containing person identifying information (PII) of more than 80 individuals, and four mailbox keys.

“The complaint further alleges that Ray used multiple identities during the course of the investigation, represented himself as a US citizen when he is not, and was previously deported in 2011. Investigation revealed that at least 60 unemployment insurance claims were filed with DETR and EDD using the PII contained in the notebooks, in an effort to obtain at least $1,149,250 in unemployment insurance benefits,” the DOJ said in a press release.

With tens of millions of Americans seeking unemployment insurance amid COVID-19, state agencies have become overwhelmed. The situation is ripe for fraudsters.

Along with announcing the federal charges against Ray, Trutanich revealed the District of Nevada has received funding from the Department of Justice to hire a dedicated prosecutor to combat unemployment insurance fraud.

“The substantial increase in funding for UI benefits spurred a dramatic spike in UI fraud across the country, resulting in the theft of federal funds intended to help those struggling with unemployment during the current pandemic and economic crisis,” Trutanich explained. “The additional resources from the Department of Justice will help us accomplish that goal for Nevada.”