2 Arrested in Connection to Slaying of Alpha Project Security Guard 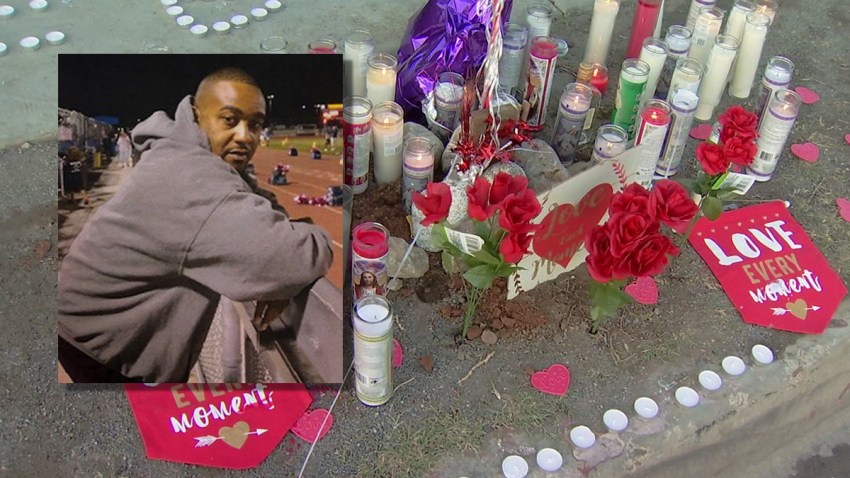 San Diego police have taken two people into custody for their alleged involvement in the shooting death of Alpha Project security guard Ernest “Ernie” Buchanan just before the new year.

Ernie Buchanan, 44, was on the clock Dec. 28 outside of the nonprofit Alpha Project’s temporary homeless shelter on Imperial Avenue when shots rang out at around 7:30 p.m.

Police found the father of six with several gunshot wounds and he was pronounced dead at the hospital shortly after, according to the San Diego Police Department. SDPD did not immediately release a motive for the attack and did not consider it connected to the Alpha Project.

Garrett was tracked to Phoenix, Arizona and was taken into custody Jan. 4 with the help of local authorities. He was in custody in Phoenix awaiting extradition to San Diego as of Jan. 7, according to SDPD.

Hill was located in San Diego Jan. 7 and was arrested without incident, police said. He faces a murder charge in connection with Buchanan’s death.

SDPD did not offer any details regarding the relationship between Buchanan and his accused killers.

Alpha Project President Bob McElroy said he felt a sense of relief when he heard about the arrests, and said he hopes it brings Buchanan’s family peace and closure.

Buchanan was immediately missed by his family, his friends, and the community he worked so hard to protect and uplift.

Loved ones gather at a vigil for an Alpha Project security guard shot to death in East Village.

“It’s a senseless act that should have never happened,” Buchanan’s wife told NBC 7.

The memory of Buchanan and his commitment to the community brought more than 100 loved ones to the Alpha Project shelter two days after his murder for a candlelight vigil. The crowd was so large that it spilled out onto Imperial Avenue, and the show of support meant everything to Shelley Buchanan.

“There is no words. Everything. It means everything,” she said.

His death was also felt by many at the shelter.

“He was just a part of the family. He fed us every night. He definitely went over the top on his job,” resident Sabrina Hilbert told NBC 7. “He always kept people up – right before he got shot, we were all joking about the Ohio State game.”

Buchanan was working unarmed at the time of the shooting.

“Protecting people and this is what he gets,” his wife said. “Somebody that didn’t know him. Somebody who didn’t know him or have any idea — they took the best man from us.”

Candles, flowers, and balloons were placed outside the shelter to celebrate Buchanan’s life, and the memorial tripled in size by the time the vigil was over. Alpha Project employees made shirts with an image of Buchanan on them, which read, “In Loving Memory / Ernest Buchanan.”

The Alpha Project said it would pay for Buchanan’s funeral expenses.

The city told NBC 7 it wasn’t considering adding an armed security guard at the shelter because there is an SDPD mobile command station regularly stationed near the shelter.

“We don’t have any information at this time to conclude this terrible incident was meant to target the shelter itself, but we will continue to work with Alpha Project to protect public safety,” a statement from SDPD said.