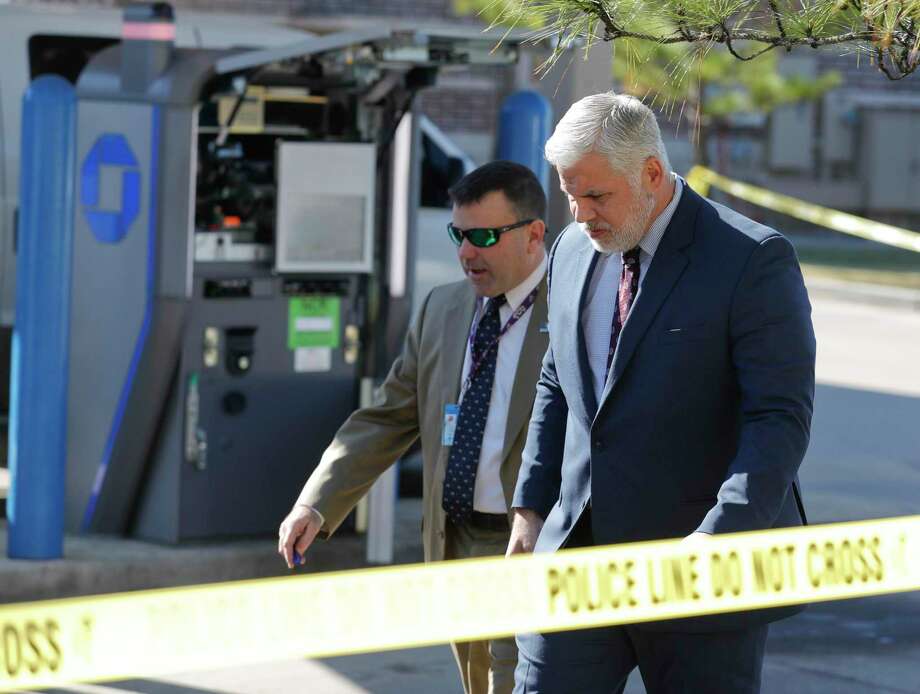 Two Houston men have been arrested in connection to a Nov. 19 attempted armored truck heist near Kroger in Willis that left one man dead after he was shot by a Brinks employee.

Alan Gillespie, 27, was arrested Jan. 16 and Treveon Poole, 27, was taken into custody Feb. 5. Both men are lodged at the Montgomery County Jail facing charges of aggravated robbery, a first-degree felony.

Javahnte Jawun Parker, 27 of Houston, was pronounced dead at the scene.

According to Willis Police Chief James Nowak, Parker was shot by the Brinks employee after he, Gillespie and Poole allegedly tried to rob him as he serviced an ATM at the Chase Bank on FM 1097.

The black Toyota car at the scene that was used by the men was registered to Parker, Nowak said but was displaying license plates from a different vehicle registered to someone else.

The violent incident was first reported around 9:30 a.m. as a robbery with shots fired, Nowak said. Paramedics were already on the scene attempting to revive the fatally wounded suspect when officers arrived.

Nowak said witness reports from the scene and video from adjoining businesses provided leads that were followed up by the Texas Rangers, the Federal Bureau of Investigation and the Houston Police Department.

Assistant District Attorney Adam McClane with the Montgomery County District Attorney’s Office declined to release specific information about the case since it is still under investigation.

“Police believe two suspects may he involved in this case. One suspect is alleged to have been directly involved in taking the money and the other individual had an indirect, but supportive role,” McClane said. “Under Texas law, individuals can be criminally liable if they aid, encourage, or assist in a criminal act, but this depends on the specific facts of the case. We will wait to see what law enforcement determines and make charging decisions from there.”

The DA’s office along with Willis police are investigating the incident with assistance from multiple agencies, including the Montgomery County Sheriff’s Office, Texas Rangers and Texas Department of Public Safety.