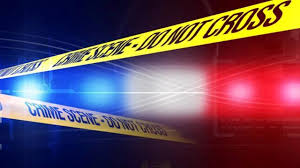 Missouri City TX July 25 2022 – A security guard in Missouri City is thankful he called the police when he saw something suspicious early Friday morning.

On July 22 around 2 a.m., Hector Adame was sitting in his truck during his shift when he spotted a silver Dodge Pickup truck circling the block. He says the truck parked in one spot for a few minutes, then moved to behind his truck.

“Once the driver did that, I sat up, and I heard somebody on the phone,” says Adame. I got out and turned on the light on my phone. Then the man walked out of the truck and went into someone’s yard.”

Adame says the unknown man went to a dark spot near the side of a house, and emerged with a little girl, later identified as 11-year-old Imani Stephens. He says the man and Imani got in the Dodge truck and drove off. After taking a picture of the truck, Hector called the police.

Missouri City officers showed up a minute later, and after speaking to Adame, knocked on a few doors to find out where Stephens came from. Adame describes seeing Kimberly Wright, Imani’s grandmother, shocked after finding out from officers the child was gone.

“I can almost imagine my son…somebody comes and takes my son, 2 or 3 in the morning? I’d be devastated,” says Adame.

After an extensive search, local police and FBI agents were able to locate Imani Stephens safely in Southeast Houston Friday night. No other details have been released by authorities. During the search, police issued an Amber Alert for Stephens with two different men as persons of interest.

Police say those men cooperated with police and were no longer considered a part of the investigation. FOX 26’s Damali Keith spoke with Wright on Friday, who says she believes Imani was influenced by an older man she met online just two weeks before.

FOX 26 Reporter Damali Keith spoke with the missing girl’s grandmother, who just wants to have her back as authorities believe she is in danger.

Adame says helping little Imani was personal. He tells Fox 26 he felt a personal debt was paid. In 2000, he was shot and suffered serious injuries in Southeast Houston. An unknown man put Adame in his car and sent him to Memorial Hermann for treatment.

“I saw the light. I died on the table three times that night,” says Adame. “I didn’t find out who the man that helped me was until two years later. He was my guardian angel. I feel that if he did that for me, I owe something. If I can do something to help somebody…I’ll do it.”

Adame also spoke to Wright who tells him she was thankful he called the police about Imani. Wright tells FOX 26 that she’s focusing on taking care of Imani at this time.