BYU will keep its police department, after a judge dismisses Utah’s decertification efforts 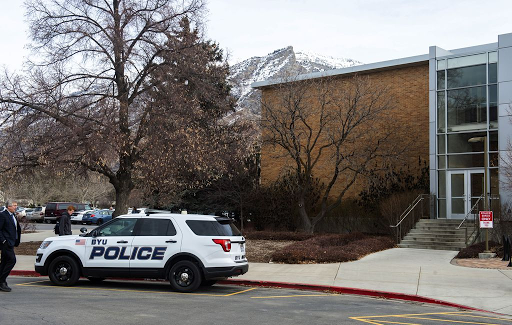 Brigham Young University will keep its police department after an administrative law judge took the surprising step of tossing the case where state officials had sought to strip the private campus of its policing powers.

The decision comes almost two years after the Department of Public Safety announced in February 2019 that it would take the unprecedented action of decertifying the entire department after BYU police failed to conduct a proper internal investigation into a lieutenant who inappropriately accessed police reports and passed information to the school’s Honor Code Office. The Department of Public Safety also argued that BYU police failed to respond to subpoenas from state regulators investigating that misconduct and didn’t comply with legal requests for public records.

BYU appealed the decision to an administrative law judge.

In a ruling released Tuesday evening, Administrative Law Judge Richard Catten granted BYU’s motion for summary judgment, siding with the university and ruling that it did satisfy the law when it asked for the state to investigate allegations of improper records sharing.

It was a surprising decision, given that, in November, Catten had indicated that he was leaning toward siding with the state and had given both sides one last shot at making an argument before he ruled.

In his latest decision, Catten noted that both sides took a “very different approach” to what was expected after BYU’s police chief was notified that one of his lieutenants, Aaron Rhoades, had accessed thousands of police reports through a shared Utah County database and gave private information to the Honor Code Office and the Title IX Office when he shouldn’t have.

Catten ruled that while the Department of Public Safety expected an administrative internal affairs investigation turned over to regulators at the Peace Officer Standards and Training (POST), the university’s police force took a different approach by hiring multiple attorneys, obtaining a secrecy order in court and asking for a state investigation.

“The biggest single cause of the conflict between BYUPD and [the Department of Public Safety] is the startling lack of guidance from the statutes and rules that govern the certification of BYUPD, the process by which any law enforcement agency is required to refer allegations to POST, and the lack of a clear process for objections to an administrative investigative subpoena or the non-criminal enforcement of such a subpoena,” Catten wrote. “The statutes and rules that are in place which govern BYUPD’s certification are piecemeal and it requires a substantial amount of statutory interpretation to determine how they work together. The inadequacy of the statutes and rules have unfairly affected both parties in this case.”

DPS Commissioner Jess Anderson called the ruling “disappointing” in a statement released Tuesday evening. He said his decision to take steps to decertify BYU police was made after negotiations with the department “failed to produce an agreement that I believed would result in increased transparency, agency accountability and the establishment of public trust.”

He said it was in the best interest of public safety to seek the decertification, calling it the right course of action to “protect the integrity of law enforcement.”

Anderson said department officials will study the ruling over the next 30 days and decide whether to appeal.

“Despite a ruling against my administrative action, it can still result in an important change for the BYU community,” he said. “The department’s errors of the past have been disclosed and appropriate parties have an opportunity to correct them. I now look forward to working with BYUPD to establish appropriate policy and expectations. We expect all law enforcement agencies, including private police organizations with law enforcement authority like BYUPD, to hold themselves accountable and to abide by the same standards.”

Anderson added that Catten’s ruling also highlighted the “lack of statutory clarity and guidance” for decertifying a private university’s police force. He urged Utah lawmakers to revisit the laws, and provide additional guidance.

BYU spokeswoman Carri Jenkins said in a statement Tuesday evening that the judge “made the correct conclusion” in dismissing the agency action. She said the department will continue to operate as a state-certified police force.

“We have consistently maintained that the two grounds asserted in the decertification notice lacked merit,” the statement reads. “This ruling confirms that BYU Police met all investigation requirements and that BYU’s lawyers responded appropriately to the subpoena. BYU Police looks forward to working with the Department of Public Safety to follow best practices and continue to meet the certification requirements.”

The Salt Lake Tribune obtained documents in 2016 that showed, in one case, Rhoades looked up a report of a rape at the request of the Honor Code Office, then relayed intimate details about the victim back to the school staffer. The student was subsequently forbidden from enrolling in future classes unless she submitted to an Honor Code investigation.

The Honor Code at BYU, which is owned by The Church of Jesus Christ of Latter-day Saints, is a set of administrative rules that, among other points, forbids alcohol and coffee, restricts contact between male and female students and imposes a strict dress code.

State officials say Rhoades’ actions are not the reason it wants to decertify BYU police. They argue the department failed to conduct an internal affairs investigation, as police departments are required to do, after receiving a report that Rhoades had accessed around 16,000 police reports from other agencies during a two-year period. Officers are supposed to access these records only when they have a legitimate investigative reason to do so.

Lawyers for the university have argued that then-Chief Larry Stott did conduct an internal investigation, but felt no laws were broken and didn’t refer Rhoades to police regulators. Attorney James Jardine, representing BYU, argued last month that there were several investigations into Rhoades, calling it “one of the most investigated events in Utah.”

Rhoades ultimately retired from the police department in October 2018 and gave up his police certification.