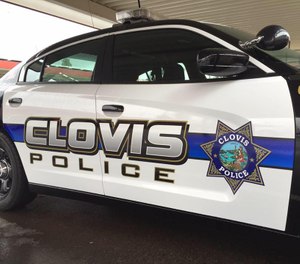 Clovis CA July 8 2020   — A California police department is testing out a new system that officials say could help officers while on patrol.

According to KFSN, the Clovis Police Department is just the third agency in the country to start using ‘Live 911,’ a technology that allows officers to listen to 911 calls as they come into dispatch. CPD officials say it enables officers to respond to calls more quickly by cutting out the middleman.

“Instead of waiting for dispatch to type in the details to send it to the radio operator and to come out over the radio, which sometimes can take up to two minutes, officers are able to hear the information right away,” Clovis Police Lt. Jim Munro told KFSN. “It has been a game-changer to be honest with you.”

In addition to saving precious minutes, officials say Live 911 gives officers more context about a call than they would have gotten with the old system.

“To actually hear the tone of the voice of the person calling and the officers understand this is really an emergency,” Munro said. “And to hear the little details that may not make it through to us in a timely manner.”

Officer Meredith Alexander told KFSN that the real-time awareness helps her better prepare for an incoming call. When she hears the reporting party’s address she can already start heading to the scene.

“Dispatchers are asking what’s going on and description is really helpful for the officers in the field to hear that and get a good grasp of what’s going on,” she said.