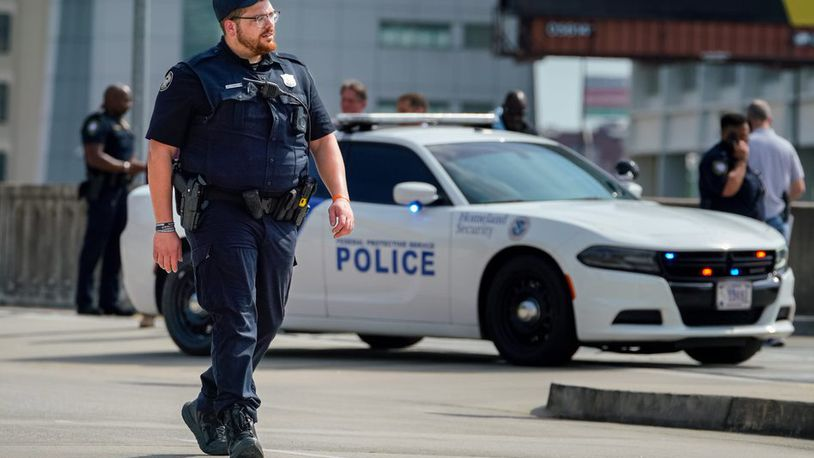 Atlanta GA June 19 2022 A Federal Protective Services officer was involved in a shooting Friday afternoon outside the Richard B. Russell Federal Building in Atlanta, according to authorities.

Atlanta police confirmed someone was shot at the downtown building at 75 Ted Turner Drive that houses the U.S. Courthouse.

Atlanta police were among a throng of state, local and federal officers that swarmed the scene to assist with the investigation.

FBI officials at the scene told Channel 2 Action News that a Federal Protective Service agent shot someone on Ted Turner Drive. The agency is a uniformed security detail attached to the U.S. Department of Homeland Security, whose agents protect federal government facilities.

An FBI spokesperson confirmed to The Atlanta Journal-Constitution that federal agents were helping process the scene. But officials did not provide any other information on what led to the shooting, or how serious the wounded person’s injuries were.

Several roads surrounding the courthouse and State Farm Arena were blocked during rush hour as officers from the different agencies investigated the scene.

‹ Texas Department of Public Safety charge 5 men with working as security guards without a license › He discovered the Watergate break-in, then died destitute and forgotten