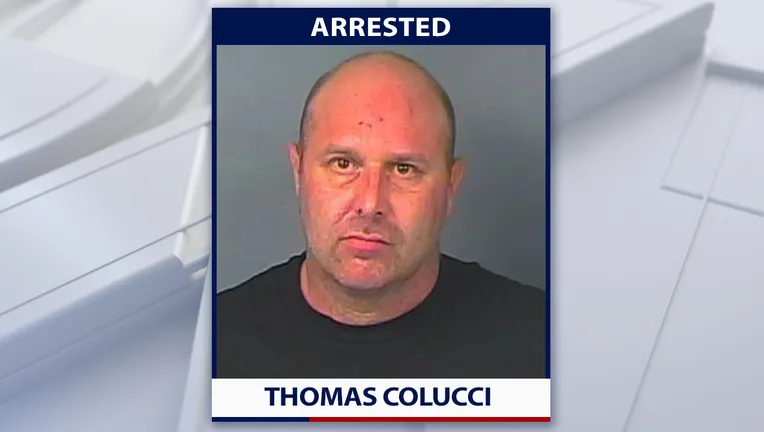 SPRING HILL, Fla. March 14, 2022– A Spring Hill man is accused of calling 911 to have the methamphetamine he recently purchased from a man he met at an area bar tested because he believed it was really bath salts.

According to the Hernando County Sheriff’s Office, Thomas Eugene Colucci made the emergency call around 7 p.m. on Thursday.

Deputies say Colucci told them that he is an experienced drug user who’s used methamphetamine in the past and knew what it should feel like. When it didn’t produce the expected sensation, he decided to call authorities. Colucci then produced two small baggies, each containing a white crystal-like substance, and handed them over to the deputy.

Colucci told deputies he wanted his methamphetamine tested because he did not want other people to purchase “fake” methamphetamine from the person who sold it to him.  He wanted deputies to “put the person in trouble” for selling dangerous drugs. However, he was unable to provide a name or any contact info for this individual.

As requested, a deputy performed a field test on a sample of the white crystal-like substance from each of the baggies and both baggies tested positive for methamphetamine, according to HCSO.

Deputies arrested Colucci, who said he was having chest pains after being placed in the back of a patrol vehicle.

After being cleared by a physician at an area hospital Colucci was taken to the Hernando County Detention Center.