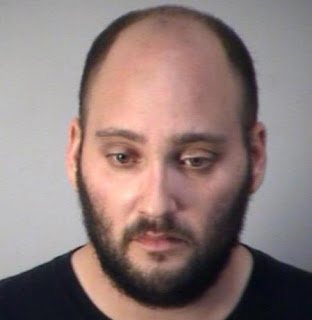 SORRENTO FL Sept 13 2018– A security guard decked out in tactical clothing and driving a truck equipped with law enforcement-type gear was arrested Tuesday for conducting a traffic stop on another driver.

According to an arrest report, sheriff’s dispatchers received a call about 10 p.m. Tuesday about a reckless driver traveling west on State Road 46 in Sorrento.

Deputies responded to the area and found two cars pulled over on the side of the road.

One was a Mazda passenger car and the other was a white pickup truck with flashing LED lights, a spotlight and a police-style push bumper.

The driver of the Mazda told deputies that he had been driving on SR 46 in Seminole County and had passed the truck, but then the truck sped up and began tailgating him. He tried to put distance between himself and the truck, but the truck continued to pursue him and finally activated its blinking lights and pulled him over near the Mt. Plymouth Fire Station in Sorrento.

Deputies then spoke to the driver of the truck, Jonathan Shaddix of Apopka, who was outfitted in khaki clothing and a tactical vest with a badge and was wearing a gun belt with a pepper ball gun.

Shaddix reportedly told deputies he pulled over the other driver because the man was driving recklessly and he feared for the safety of other motorists. He said he worked as a security guard at an apartment complex in Tampa and the truck was his personal vehicle.

According to the report, deputies ran a criminal history check and discovered that Shaddix had been arrested by Orlando Police in 2016 for impersonating a cop.

He was charged with impersonating a law enforcement officer and booked into the Lake County Jail.