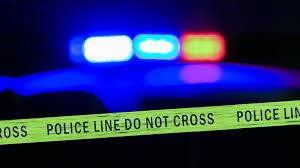 Bar employees notified an off-duty officer working security outside the restaurant about the brawl, Morgan said. The officer went in and started sending customers outside for safety.“

Shots were fired again in the crowd outside, and an arriving police lieutenant witnessed a man shooting at a dark-colored car as it sped away, police said.

The lieutenant pulled out his own gun and fired at the man, but did not strike him, Morgan said. At that point, the suspect stopped shooting and was arrested. His name has not been released.

Investigators don’t believe anyone was struck by gunfire during the overnight incident. Two people were taken to the hospital with fight-related injuries and a second suspect was taken into custody for his alleged involvement in the brawl.

The investigation is ongoing and charges are pending, police said.