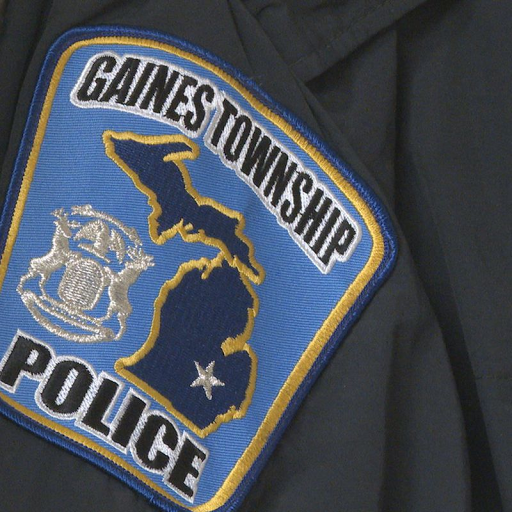 GAINES TOWNSHIP, Mich. April 3 2021 As of 12:01 a.m. Thursday, there are no longer police officers in Gaines Township. It’s just the chief left and he will only be working part-time.

First thing Thursday, April 1, the three remaining police officers dropped off their uniforms, guns and badges and turned in the keys to their patrol cars. They’re laid off.

He said the Gaines Township Board chose not to fund the department.

“For a long time I had great support from the township board. Right now, I am having a hard time holding it together just talking to you. This is my family,” Schmitzer said.

The township’s police department started 21 years ago with one person. Schmitzer took over in 2011 and he started adding part-time officers with funding from a millage passed in 2014.

He said they were needed because the township was dealing with seven breaking and entering complaints a month at that time.

“The community is losing the personal service and knowledge of the officers. They’re losing response times,” Schmitzer said.

For example, he responded to Beers Road around 6:30 p.m. Wednesday for a “violent overdose.” He arrived within eight to 10 minutes — much quicker than the Michigan State Police, who he said were coming from the Flint Post on Corunna Road.

“We’ve had several saves, like I said with overdoses and that, because we’re on prior to them,” Schmitzer said.

He said overdoses in the area are increasing, plus Gaines Township had a homicide and a suspicious death last year. So he’s worried, saying the township will regret the decision to pull funding.

“We have brought this down to where we are now published as the safest community in Genesee County, and that’s through our hard work. Let us go away, you will no longer have that record,” he said.

Without funding set aside in the township’s budget, a millage has to pass in May or the police department will close for good.

“I don’t know. I would say it’s a coin toss at this point,” Schmitzer responded when asked if the millage will pass.

“We have never run the budget of the police department over. It’s been some times that we’ve had very little money left, but we’ve never went over our entire budget,” Schmitzer said.

Schmitzer said the department operates on $174,000 a year, which covers insurance, operation of the patrol cars, plus his paycheck working full-time and the paychecks for his three part-time officers.

“The guys here and myself get paid absolutely zero benefits. There’s no vacation. There’s no health insurance. There’s no paid time off,” he said.

This year, Schmitzer said just $25,000 was set aside in the township budget. That’ll cover his hours doing administrative work until May 4, which includes answering voicemails for service and handling subpoenas to make sure his officers get to court. The money will also cover the cost of officers showing up to court.

The department’s future is relying on the Police Protection Operations Millage on the May 4 ballot. If passed, Schmitzer expects the millage will generate $179,000 every year for the next five years, allowing them to operate as they are now.

But if the community wants the police on call at all hours of the day, Schmitzer said they would need more money.

“With the structure that I have — hiring only retired police officers, not paying benefits — I could provide 24/7 protection for $330,000 a year and be able to replace vehicles as they wear out, but you can’t do it any cheaper,” he said.

The other option they’ve explored for 24/7 patrol is a service agreement with the Metro Police Authority of Genesee County. The agency is already a combination of the Mundy Township and Swartz Creek police departments.

Schmitzer said they tried but couldn’t afford it.

That’s a price tag he knows the township wouldn’t pay if they won’t dish out the bare minimum. So now without a road patrol, the Michigan State Police takes over.

The Michigan State Police presence will remain regardless of whether voters pass the millage in May. Without that critical funding, the police department is no more in Gaines Township.

If it does pass, the hope is to bring the officers back. Then the search is on for a new police chief.

So what exactly will the Michigan State Police patrol plan look like? Flint Post Commander Yvonne Brantley said the agency is already helping out in Gaines Township. Now, they plan to increase their presence to shorten response times in the area.

“We just had five troopers graduate from recruit school. So when they get off probation, we’ll make some assignments,” she said. “I don’t want the people who live in Gaines Township to panic, to think that they’re going to be left without service. We’re just going to dedicate more people to Gaines Township, and the service will continue.”

One part-time officer retired in July and Schmitzer did not replace him for that reason. This year, using general fund dollars wasn’t an option.

At the end of the day, Fortino said the Township has to have a balanced budget. He’s hopeful the millage will pass.