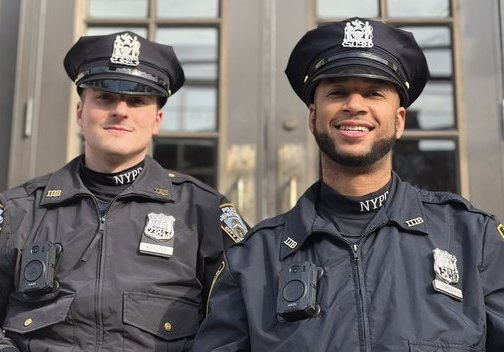 Two police officers from the 108th Precinct in Long Island City are being hailed as heroes after they jumped into action to save the life of a newborn baby boy Thursday morning, Dec. 29.

Authorities say that Officers Joseph Mollica and Christopher Green were on routine patrol at around 6 a.m. when they received an emergency call about a baby who was not breathing at a nearby apartment building.

The officers arrived at the home less than a minute later and found the distressed newborn on a bed.

Officer Mollica and a midwife performed CPR and chest compressions on the newborn until they got a pulse, police said. The midwife proceeded to cut the umbilical cord and the officers brought the baby to the street, where FDNY paramedics were waiting.

The baby was rushed to New York-Presbyterian Cornell Hospital where the baby was conscious and alert. Both mother and child are well at the hospital’s neonatal intensive care unit where the newborn is receiving further treatment and evaluation, according to an NYPD spokesman.

“The parents were very thankful we were there,” Molica told reporters back at the 108th Precinct. “I’m thankful this was all around a great outcome.”

Mollica was an FDNY EMT before joining the NYPD.