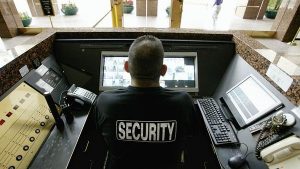 When elementary students in the Twin Falls School District arrive for their first day of school this fall, they’ll be greeted by their new teacher, their classmates, their principal – and their armed security guard.

The district’s board of trustees voted unanimously at a meeting Wednesday evening to add 10 armed security guards from Eagle Eye Security, a private company. They will each be stationed at one of the district’s nine elementary schools and at an alternative middle school.

The guards will supplement school resource officers in the district to ensure there’s an armed, trained adult in every school building every day. With the prevalence of school shootings on a national level, student safety has been foremost in the minds of parents, educators, and district officials. Adding armed guards is a relatively new approach to school safety in Idaho schools.

The May shooting at Robb Elementary School in Uvalde, Texas, that left 19 students and two teachers dead spurred the district to add extra coverage for its primary schools.

“We were getting a lot of comments, concerns, and questions from the community about what we were doing to support safety at elementary schools,” said Eva Craner, a spokesperson for the district. “We’ve had pretty positive feedback that this is the direction the community would support.”

Last school year, the district’s six SROs were each assigned to a high school or middle school as their “home base,” with one to three elementary schools to check in on regularly. With six SROs covering 16 schools, they could not be everywhere at once.

But the Twin Falls Police Department said it likely would not be able to provide any more than six SROs due to its own staffing shortages. Every new SRO means one fewer patrol officer.

So the district got creative and considered a new idea – bringing in armed guards.

The price tag for the guards is estimated to be about $250,000, Craner said, which will be covered with federal monies this school year. In future years, the district will likely put forward a supplemental levy to help pay for the new personnel.

That cost is on top of the $318,876.66 the district will pay for its Twin Falls Police Department SROs and their supervising sergeant this school year. The department and district each pay half of the law enforcement officers’ salaries.

When combined, that’s over half a million dollars to staff every school with armed protection.

The school district and Twin Falls Police Department plan to work together closely to make sure the new armed guards are adequately trained.

“When putting someone with a firearm in a school, you don’t want just anybody,” Sergeant Dusty Solomon, who oversees the juvenile crimes unit, said. “Our biggest concern is training them – that is a serious thing.”

The SROs have a rigorous training process. Before becoming an SRO, they must work as a patrol officer for at least three years. Then they must complete a 40-hour training course the summer before their first school year. More experienced SROs take advanced classes.

But the SROs the armed guards will be supplementing have multifaceted roles that go beyond basic security.

If a shooting ever did occur, an SRO would be the first line of protection. Solomon said the department always works hard to make sure SROs don’t become complacent.

“Hopefully it never happens, but if it were to happen, they’re ready and prepared to take care of it,” she said. “SROs are the chief of their jurisdiction. It’s their area that they’re in charge of and tasked with protecting.”

But SROs in the Twin Falls School District have more on their plate than just emergency response preparedness.

Solomon said SROs work to foster positive relationships with students so they will see police officers in a different light.

“We don’t want them to always see police as the bad guy who comes around because someone’s in trouble or something bad has happened, but as people there to support them,” Solomon said.

SROs will often go out in the hallways during passing periods or at lunch to greet students or even play basketball with them. And they try to get into classrooms, teaching about whatever is their focus that year – like preventing online harassment or quashing vaping.

SROs and armed security guards are just one part of the district’s broader safety plan. Other safety measures in Twin Falls School District include:

All elementary schools have a single point of access, and secondary schools are working toward reducing their access points as well.

Any visitors must bring a government issued identification and receive a visitor’s badge before entering the school.

The district has a safety committee that meets quarterly and is made up of district officials and local law enforcement. The district will also be adding teachers and parents to the group this year.

Radios are used to enhance communication.

Cameras are used within schools to prevent incidences and to identify those involved after the fact.

Three years ago, Twin Falls also added a security aide to every school building. The aides are unarmed staff members who monitor safety by double checking that doors are locked appropriately, checking in visitors, and building relationships with kids in the hopes that they’ll report anything that’s out of the ordinary.

Those aides’ job descriptions may change slightly (with a focus on student behavior) now that the guards will be in place.

Going forward, the district is considering making other changes, too. For example, they are considering whether clear backpacks would increase safety and whether intercom systems need to be updated.

Mike Munger, the program manager for the Idaho Safety and Security Program, said thinking outside the box about how to improve safety is exactly what districts should be doing.

The ISSP conducts triennial safety evaluations of every school in Idaho, then points out vulnerabilities and makes recommendations for how schools can address them. But ultimately, it’s up to each school board to make decisions about how to best protect its students.

“It’s good to be thinking through all the options that are available,” he said. “It’s how the process is supposed to go … I like the fact that school boards are giving thoughtful consideration to a variety of solutions.”

Most schools in Idaho at least have a contact person within their local police department if not a full-time SRO, Munger said. And at least one other district that he could think of – the Lakeland School District – has hired armed guards to help protect students.

Whatever safety plan a school has in place, he said it’s important to continually reevaluate it.

“Acts of violence are not like a flood or earthquake that behaves the same every time,” he said. “[Shooters] learn and change and every situation is a little different. It’s one of those elements where we can never really rest on our laurels.”