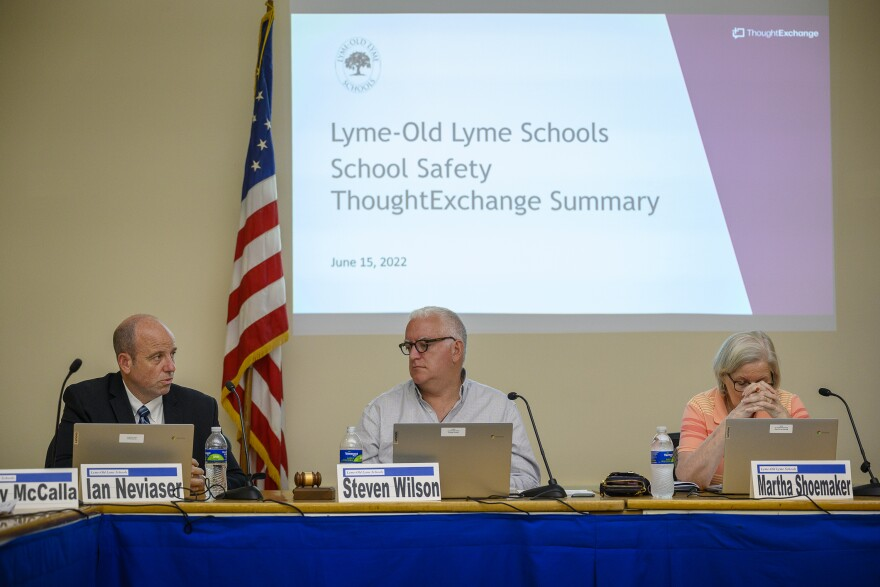 The Board of Education on Wednesday night approved the plan at a special meeting.

The vote came as other school districts across Connecticut were also considering or deciding on armed officers. The districts’ actions come just weeks after a mass shooting at an elementary school in Uvalde, Texas, in which 19 children and two teachers were killed.

District officials say arming school officers is a part of their ongoing security measures. The effort will cost between $43,000 and $48,000 annually. The district will also spend $8,900 for a one-time purchase of guns and protective gear.

Kim Thompson, a parent of a student at Lyme School, says she’s frustrated that the board isn’t taking more time to review the options.

“I just don’t think that this is the solution,” she said. “I would hope that a board that was elected to protect our education system would be able to take a more academic approach to making decisions, rather than operating on their gut and emotional reaction to things.”

“We need to spend more time,” she said. “Let’s take time to protect our kids.”

“This has been going on for a long time,” she said. “I don’t think it’s a knee-jerk reaction. I think it’s something I’ve been talking about and thinking about and witnessing and absorbing since Sandy Hook.”

Two school board members voted against the proposal.