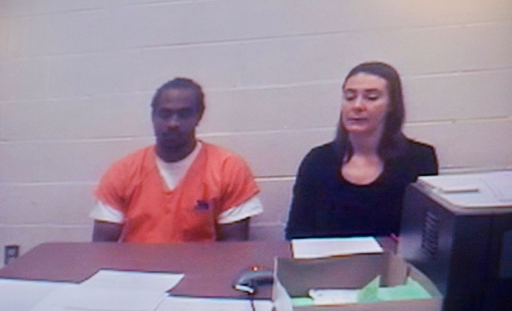 Maple Heights, Ohio June 11 2021– A man who shot and killed the 73-year-old security officer who stopped him from shooting two women at a Maple Heights laundromat received a life sentence on Thursday.

Cuyahoga County Common Pleas Court Judge John Sutula imposed the sentence on Carl Sanders, who pleaded guilty in May to murder, felonious assault and weapons charges in the December 2019 killing of David Brown.

Sanders, 32, will be eligible for parole after serving 30 years behind bars.

Sanders and the two women were hanging out drinking on Dec. 1, 2019 at a house in East Cleveland, and one of the women wanted to do laundry because she was leaving for a cruise the next day, prosecutors wrote in court filings ahead of the sentencing.

The trio drove in the same car to the Wash-N-Dry on Broadway Avenue, and the woman went inside and tossed her laundry in a washing machine and came back to the car.

Sanders removed his shoes, got out of the car and urinated on the side of laundromat about 1 a.m., Dec. 2, prosecutors said.
As he walked back to the car, Sanders pulled a pistol from his pocket and started shooting at his two friends as they sat in their car. One of the women tried to start the car to flee the gunfire, but she had trouble with the ignition and couldn’t get it to start, prosecutors said.

Brown, who customers of the laundromat said had served in the Vietnam War, ran outside and tried to get Sanders to drop his gun, prosecutors said. When he didn’t, Brown drew a pistol of his own. Sanders then shot Brown in the stomach and the back of the head, court records say.

Sanders, still barefoot, rifled through Brown’s pockets as he lay dead on the ground, prosecutors said. The women drove away unharmed, records say.

Maple Heights police arrested Brown around the corner from the store.

Police said in a statement announcing the arrest that the women were not injured “likely due to the intervention of Security Officer David Brown.”