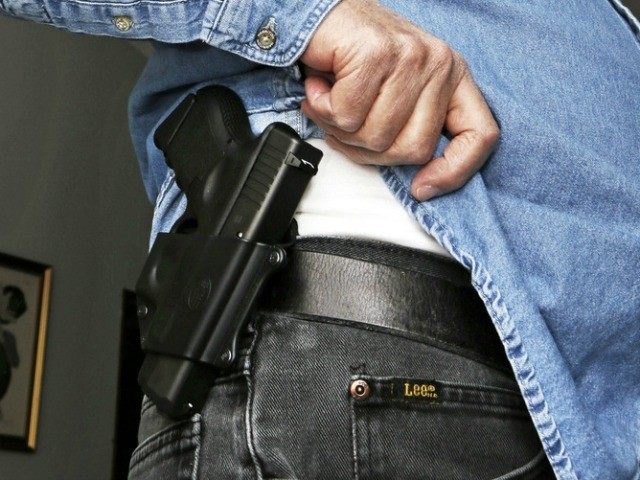 HARRISBURG, Pa. June 30 2017  School districts that let employees carry firearms on school grounds to help protect students from would-be killers would have to abide by certain ground rules, including training requirements and psychological evaluations for those employees, under legislation approved by state senators Wednesday.

The bill passed, 28-22, after an emotional hour-long debate in which opponents contended that allowing guns in the hands of civilian school employees would make children less safe and read a letter on the Senate floor from educators who survived the 2012 Sandy Hook Elementary School shooting in Connecticut.

Having guns wouldn’t have made them or their students safer, the educators wrote.

The bill was backed by 26 Republicans and two Democrats, while 14 Democrats — including every Philadelphian — voted with all eight Republicans from southeastern Pennsylvania districts against it.

After the Sandy Hook shooting, a handful of states passed laws opening the door to guns on school grounds.

The bill’s sponsor, Sen. Don White, R-Indiana, said he could not predict whether any school district would go through with such a policy. But, he said, he would sleep better at night if school districts at least had the opportunity, particularly in areas where police coverage is thin and response times are longer.

“I just want to give them the opportunity and as many tools as possible to protect children,” White said.

He recalled seeing the crime scene of a 2014 stabbing of 20 students and an unarmed security guard at Franklin Regional High School in Murrysville, and described it as something that looked like a “slaughterhouse.” He wondered, he said, what would have happened had the perpetrator had an automatic firearm.

Democrats said a better option would be for the state to help school districts pay for trained and armed security officers. Sen. Vincent Hughes, D-Philadelphia, suggested it was the latest way in which the state has failed to adequately fund public schools.

“The bus driver’s packing. The nurse is packing. The counselor is packing. The gym teacher is packing. The assistant coach who’s working there four hours a day, he’s packing,” Hughes told colleagues. “Everybody’s fully armed. They don’t have the technology necessary to provide a 21st-century education for the children, but they’re fully loaded. … Think about it. Is that what we really want to be?”

Senate Majority Leader Jake Corman, R-Centre, said the bill is designed to allow school districts to have an armed security guard, not put guns in the hands of nurses. Modeled on a law in Ohio, Corman said he was unaware of any problems with the law there.

Under the bill, a district that wants to allow employees to have a firearm on school grounds would have to file a firearm safety plan with the local police department that identifies which employees have access to a firearm and coordinates an emergency response. The plan would not be subject to Pennsylvania’s open-records law, but a district would have to inform parents about it.

An employee who had access to a firearm on school grounds would be required to have a concealed carry license, pass a psychological evaluation and meet certain firearms training requirements.

Sen. Daylin Leach, D-Montgomery, read the letter from the 16 Sandy Hook educators, in which they questioned the wisdom of having guns in schools and said the debate should be about keeping firearms out of the hands of dangerous people.

“We would not have been able to save those murdered at Sandy Hook School with our own guns,” they wrote.