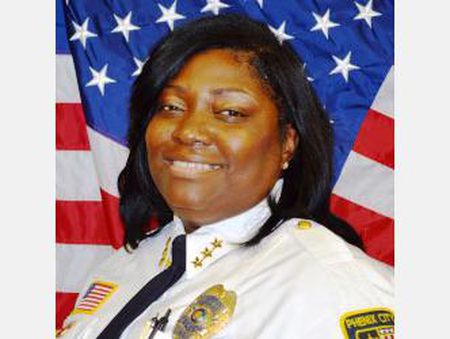 Gail Green, the assistant chief of police for Phenix City, died Wednesday while being treated at a Georgia hospital for COVID-19, the Phenix City Mayor Eddie Lowe told AL.com.

Green spent her entire 33-year career with the Phenix City Police Department, starting as an officer and rising up the ranks to assistant chief, Lowe said. The mayor said Green was in her mid 50s.

“Quality person, outstanding personality, a lot of character, integrity, class” is how Lowe described the assistant chief, who had been battling COVID-19 at a Columbus, Georgia, hospital.

“She was invested in her community where she grew up at,” Lowe said. “Just a top-quality person.”