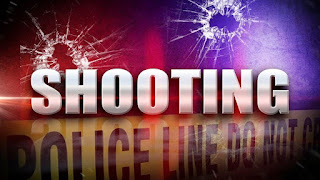 In just the first three weeks of 2022, private security officers have fatally shot or physically caused the death of thirteen people.

The majority of these fatal interactions were in response to being shot at, stabbed, or as in one incident, being intentionally hit by a vehicle.

The dangers to security officers are real. The constant barrage of attacks on law enforcement is even more frequently faced by private security personnel.

Of the thirteen people who have died, nine were armed and either fired at the security officer first or posed an imminent threat.

A recent confrontation with a female customer at an Alabama nightclub left the woman dead after she pulled a firearm from her purse and exchanged gunfire with the club’s security staff.

Two men who were fatally shot by security officers in separate incidents were in the midst of shooting other people when the security officer confronted them and was forced to use lethal force.

Of the thirteen fatal incidents, police have not charged any security officer, however, several cases have been either sent to a grand jury or are under review by the district attorney’s office.

Security officers have also shown great restraint in several recent confrontations.
In Denver Colorado, a security officer at an apartment complex facing an armed man who had been confronting another resident was able to deescalate the situation and got the man to put his gun back into his vehicle. Police soon arrived and arrested that man without any use of force.

And in Houston Texas, security officer Trelynn Robinson was on duty at the Legends Poker Room when a man armed with a rifle demanded money. The man began threatening staff and customers and Robinson jumped into action, disarming the man even though he himself had been shot.

Each year, security officers are involved in dozens of fatal interactions where they have to defend themselves and fatally wound their attackers.