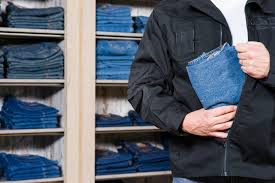 The Walmart asset protection associate watched as a woman on multiple days around a year ago underrang merchandise at self-checkout registers at the Unity store. The woman hid mints and gum under more expensive merchandise like meat, clothing and frozen food. She scanned the cheap items but made off with the expensive ones, Shuey wrote in multiple private criminal complaints filed against the woman.

As the woman went to leave the Walmart on Sept. 19, 2018, she was caught and brought to an office inside the store. There, Shuey informed her that he would be filing charges against her for that particular shoplifting incident, and others she committed at the store.

Court records show the woman pleaded guilty in each case and was sentenced to probation. She couldn’t be reached for comment, and her attorney at the time said he didn’t remember her cases.

Retail stores in Allegheny and Westmoreland counties, several of them well-known big box places such as Walmart, Sears, Kohls and Gabriel Brothers, have decided to take the law into their own hands. They are requesting private criminal complaints and seeking charges against shoplifters without going through local police departments.

From Jan. 1, 2014 to March 31, 2019, more than 2,200 private criminal complaints were publicly filed in Allegheny and Westmoreland counties against people caught shoplifting. That’s almost half of the roughly 4,700 such complaints filed over that five-year period.

A sampling of private criminal complaints for shoplifting obtained by the Tribune-Review show that security personnel or employees of a store often directly observe people shoplifting or see them on surveillance video, prompting the request for criminal charges. The complaints bypass the police and head straight to the district attorney’s office.

Often, the accused are found guilty.

According to the data, 46% of the retail theft cases filed by private criminal complaint resulted in a conviction. About 20% were withdrawn; 9% were dismissed; and 0.2% resulted in pleas of no contest.

Law experts say it is common for stores to do this, as police departments may not always be able to answer every shoplifting call.

“The police have better things to do, more important things to do,” said Robert Paul Vincler, a former Allegheny County assistant district attorney who prosecuted private criminal complaint cases. “Some of these retail establishments might have three or four retail (thefts) in a day. All those cops would be doing is just nothing but retails.”

“We have no shortage of calls. We don’t care to add any more,” he said.

Klein said his officers will respond to shoplifting calls in which ancillary issues arise, like when the store can’t identify someone. But those instances are rare.

In November 2017, a man shopping at the Harrison Walmart walked out without paying for more than $1,000 worth of merchandise, including a Keurig, mixers, a vacuum and a chainsaw, according to the private criminal complaint filed against him. The asset protection associate who requested the complaint said she saw the man commit the crime on surveillance video.

Law experts stressed it isn’t against the law for a loss prevention officer or security guard at a store to question a potential shoplifter, or use any information an alleged shoplifter provides to them in a private criminal complaint, even if that person isn’t a police officer.

“Somebody who is a private employee of a store is not a government official, doesn’t operate under any law enforcement umbrella at all, and they’re private people,” said Bruce Antkowiak, a former federal prosecutor and chair of the criminology department at Saint Vincent College. “The courts do not have a basis to suppress the statement on the basis that it was taken in violation of your constitutional rights because as far as your interaction with those people were concerned the Constitution didn’t apply.”

Defense attorney J. Allen Roth said it would still be wise for a security guard or loss prevention officer to read someone his or her Miranda Rights regardless. That way, he said, there won’t be any question as to whether any information was gained improperly, he said.

“That’s the safest way to approach it,” Roth said.

Payton McCormick, a spokesman for Walmart, said local police do respond to retail thefts at their stores, but the stores also will initiate the filing of a private criminal complaint if necessary.

“We follow state and local regulations, and if we have to file a police report or private criminal complaint in a certain way then we will,” McCormick said.

Other retail stores contacted for this story did not respond to requests seeking comment.

Westmoreland County District Attorney John Peck acknowledged that retail stores, Walmart in particular, regularly ask his office to pursue retail theft charges through private criminal complaints. He said the reason for that may have to do with efficiency.

“I think a place like Walmart, and this is just my assumption, they can’t get a police officer to the store every time they stop somebody for a retail theft,” Peck said. “It may be just too time-consuming for them to even to wait for the police.”

Peck said security personnel at retail stores will usually mail their private criminal complaint requests to his office, and those are usually reviewed and approved or disapproved without that person having to come in.

He said the reason for that is because of the high number of such complaints, and the fact store security officers know what they’re doing when writing an affidavit.

“Security officers have training, or at least on the job training, (where) they can complete that affidavit adequately to support the complaint for retail theft,” he said.

According to Peck, if a private criminal complaint is approved, it is returned to the Magisterial District Court where it was filed to schedule a hearing. If disapproved, a complainant may appeal to the Court of Common Pleas, or the matter simply ends.