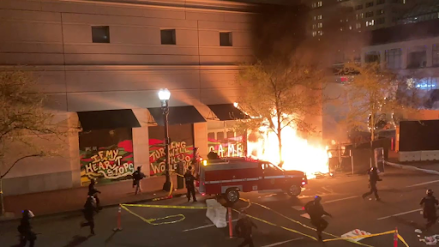 Groups of rioters set fires to numerous retail stores over the weekend including the Apple store.

At least two security guards were inside the Apple store when the fire was set.

Police reported that they did escape the fire.

Police did not report if the security officers were injured.