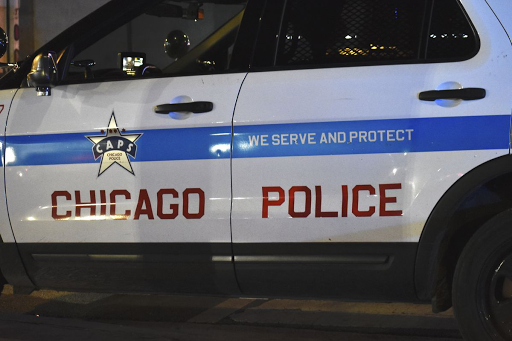 The removal of school cops is temporary until the fall but is being welcomed as a good first step by students who for years have advocated for police-free schools. It comes as about one-third of CPS high school students returned for in-person learning this week for the first time since the pandemic began.

“With less than two months remaining in the school year and reduced daily in-person attendance, we feel that the presence of full-time SROs is not necessary at this time,” CPS chief of security Jadine Chou wrote in an email to families.

“Please be assured that the safety of your children remains our top priority, and we are confident that your school has the necessary staff in place to safely support the limited number of students who have returned to learn in person.”

Chou said CPS would keep working with the Chicago Police Department to “ensure our school buildings receive attention from police officers in the neighborhood, particularly during high traffic times like dismissal.”

This year’s police contract was set to cost CPS $12.1 million — down from the previous year’s $33 million — but district officials said no money would be paid to CPD for days when cops weren’t in schools during remote learning. Passman said Friday that would continue to be the case for school-based officers this spring, meaning no money would have been spent on those cops all school year. But Passman added that CPS would be paying for sergeants who patrol the areas around all CPS schools, as outlined in the CPD agreement.

Officers are still assigned to 55 high schools — a majority — whose Local School Councils voted to keep them ahead of this school year after officials declined to remove police from all schools and passed the decisions to each community.

Asked why the district made the decision on its own this spring but not last summer, Passman said officials at the time felt some schools may have needed officers and allowed them to choose. Now the district believes the circumstances are different and no schools need cops because few students are attending in person, he said.

A common complaint about last year’s voting process was school councils didn’t have the option to use the money spent on police for other programs or positions that could foster student wellness, such as an additional social worker or counselor.

Chou has worked to address that concern over the past few months after the Board of Education — at the same meeting it renewed a multi-million dollar contract — called on the district to develop comprehensive alternatives to school police.

CPS partnered with five community groups and last month unveiled a set of recommendations for schools to create plans that would make students feel safe and comfortable without cops. LSCs are expected to vote again this summer on whether or not to keep their officers.

But Chou made clear the district would not itself decide to remove cops from all schools.

“While schools will continue to have the option to participate in the SRO program next school year, we are taking a more holistic approach to school safety that is informed by a significant community engagement effort,” Chou wrote.

One of the groups that partnered with CPS and has long called for the removal of school officers, the student-led VOYCE, said in a statement Friday that the district had “taken a step in the right direction to address the health of our students” by not bringing officers back to schools this spring.

“The fight to eliminate policies that criminalize our Black and Brown students and to promote alternatives to school safety is far from over. We will continue to work on these issues until we eliminate all these harmful policies,” the group said.